Should Catholic Parents Own a Gun? 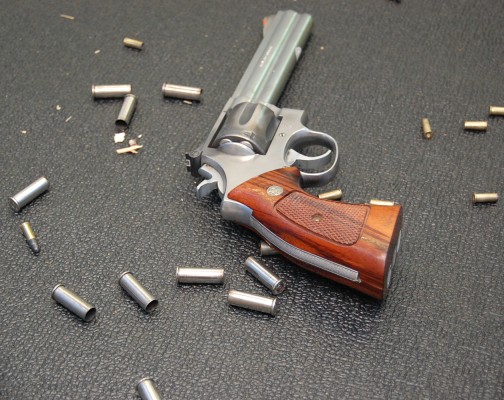 Should Catholic Parents Own a Gun?

Should Catholic parents own a gun?  We dedicate our lives to teaching our children to love one another as God has loved us.  We teach the commandment, “Thou shalt not kill.”  We try to model non-violent conflict resolution.  So doesn’t it seem like a mixed message to our children if we own a gun?

A few times a year I see teens that are brought to the hospital by their parents after they were caught holding a gun to their head.  I used to counsel these families to remove the guns from their home.  Never once, however, did parents agree to do so.  They assure me that they will lock the guns, hide ammunition, or take other steps to limit their child’s access to the gun.   But get rid of the gun?  No…

During my pediatric training I felt strongly that guns and kids don’t belong in the same house together.  I would cite the position of the American Academy of Pediatrics, “The best way to keep your children safe from injury or death from guns is to NEVER have a gun in the home.”  I was even trained discuss this opinion with families during well-child check-ups.  It was the statistics that convinced me:

I also felt that civilian gun ownership was not consistent with my Catholic faith.  Although Roman Catholic Just War Theory does condone the use of force for self-defense, I felt a civilian should turn to law enforcement or the military for defense.

And then, I started working with families from rural Missouri.  They thought I was ridiculous.  And I realized I was a bit ridiculous.  “What if an intruder is coming into your home?” They asked.  My answer: “Call 911.”  Their answer: “But law enforcement is at least 20 min away…and meth is a big problem around here.”

In fact, having kids in the home actually increases many people’s desire to own a gun.  With parenthood comes a tremendous obligation to protect your children, and a gun can seem like an important part of that plan.  Even if a gun is never used, just having it in the home can serve as a deterrent to crime.  These above statistics don’t address crimes that were avoided because the criminal knew the potential victim was armed.

My patients and colleagues eagerly tell their tales of the times they have shown off their “piece.”  One young mother, conservatively dressed in a mid-calf-length skirt, was alone at a carwash at twilight.   A man approached her with inappropriate requests.  Without saying a word, she put her hand on her gun, and he left.  So how do the statistics capture this?  They don’t.

So should Catholic families with children have guns in the home?  I think this decision is dependent on your family’s personal situation, your access to law enforcement, and your willingness to take the time and effort to be a responsible gun owner.  As your kids get older, be aware that you may have to change your decision about gun ownership:

A few times a year I see teens that are brought to the hospital by their parents after they were caught holding a gun to their head.  I never see the teens who pulled the trigger.  Don’t be that kid’s parent.