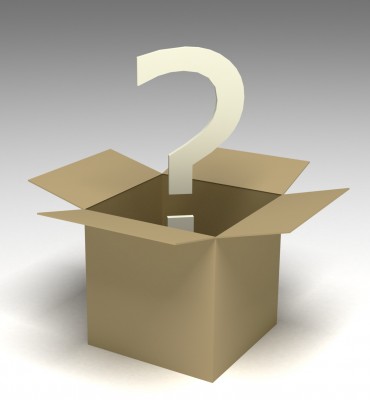 My girlfriends run the gamut of being the long-skirted, homeschooling Catholic types to the secular-moral-code-but-loving kind.

In comparing one end of the spectrum to the other there is a huge difference between how both groups decide when to start and stop having kids.

No, this post is not a manifesto for having more vs. less children nor is it a diatribe on whether to have kids right away vs. postpone for while.

It’s simply this: between my secular and my religious friends lies a division that can be pretty accurately summed up in two little questions:
“Are you guys ready?” “Are you guys done?” With children, that is.

Interestingly, it’s not the answers to these questions that divides my friends so much as the fact that amongst those who are actively practicing their faith, the queries of being ‘ready’ and ‘done’ with childbearing don’t come up. Oh, they (we) ask things like, “So, when can we expect a little so-and-so?” but always with an underlying assumption that children will inevitably come along. And in regards to ‘done-ness,’ with children, I’ve heard Catholic moms say things like, “Well, I guess no more are coming,” but more as resignation to the fact and not like the shutting off of a perfectly good water faucet forever.

So why does one group of friends pose these questions while the other does not?

I have two ideas about this. The first regards the question of higher authority.

Whether you are religious or not, when your higher authority decrees that you must have a mortgage, new cars, the ability to travel and afford private school (all of which usually requires a double income) then only one, two and maybe three children will ever be permitted in your life. Those who wish to attain to this end measure preparedness for children based on the acquisition of goods and then they must cap the number of kids they have in order retain the lifestyle they are used to.

In contrast, those fully adhering to their faith view money through a different higher authority: God’s will for them their family. So, while money is one influence in their lives, it not the highest and therein lies the difference.

On God’s balance sheet, the numbers may not seem as child-friendly upon first glance, however His form of assets includes various factors that will lead to different type of fiscal security including the ability to discern one’s true needs (which requires wisdom, a gift of the Holy Spirit), persevere in sacrifice (which requires fortitude, a cardinal virtue), and yes, other people’s help given in the way of one’s community or even parish (which is the charity we are all called to).

The only way to trust in God’s Providence for your family, I’ve found, is to just go for it. But for many people, making that act of faith without the back up plan of contraception, in vitro fertilization and abortion is asking too much. Instead, they work for worldly notions of prosperity and ‘plan’ their family size as though it all depended on themselves. What many forget is that while ambition and pragmatism are good things, they cease to be so when it means the exclusion of what is truly important, and that again, is God’s will for you.

I know plenty of families whose homes, salaries, cars, vacations and toys I’d love to have, but not at the “price” of only ever having to limit myself to having two kids (no, I’m not saying two is a bad number, but I’d like to have more). My higher authority requires I think outside my ‘bank account box’ as well as my socially engrained notions of success.

My second idea on this topic is that, as far as practicing Christians never asking each other if we are ‘ready’ or ‘done’ with kids goes, for us, it’s equivalent to being asked if we are ready or done with doing God’s will, to which the answers are always going to be, respectively, “I hope so,” and, “Never.” Knowing the universal responses already, we simply never feel the need ask them.

But it’s different with my secular friends for whom the topics frequently, and I do mean frequently, come up. At times I’ve gotten the feeling that many are searching for validation for their own personal choices. It’s not my place to approve or disapprove someone’s decision, but I do find it a bit tragic that they feel they need the thumb’s-up from other people, or society, or even the Internal Revenue Service, in order to either follow or ignore the desires in their hearts that are written by God.

In radical contrast to them, are those who aren’t asking anyone’s permission to have a big family.

For the latter group, having more children than is considered practical, without the comforts that others find essential, during the times that most would call inconvenient or even unwise, is not only possible but very welcome throughout their lives. Why?

Perhaps it all goes back subordinating their lives to will of God, in which lies the true peace, joy and security that only He can give in the midst of the most unlikely of circumstances and oftentimes in the most unexpected of ways.