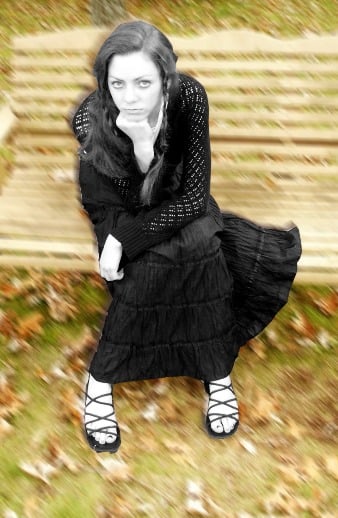 Catholic Motherhood and depression are frequently viewed as mutually exclusive of each other.

After all, isn’t mothering a beautiful vocation as well as a graced state wherein instances of depression aren’t supposed to occur? Aren’t we Catholic wives and moms not living as God intended us to live?

While our vocations are indeed bolstered by grace, and the joys of motherhood in Christ are real, moms out there everywhere, good Catholic one even, sometimes endure serious bouts with depression.

And many suffer silently, alone and in the fear that others will judge them or their faith, or their Catholic Faith (which is already barraged enough these days with accusations of waging a “war” on women, nuns, harp seals, sunshine and prunes) should they speak up and appear to have un-met needs.

For someone like myself, I never believed I could ever become depressed.

I don’t know. I guess I figured that if I followed all of the rules I’d land in some euphoric state here upon God’s high mountain, set apart in my primordial, Catholic, maternal-ness. Or maybe I’d just want to bake all of the time.

Reality check: genuinely living one’s vocation is hard especially when the pay off is eternal. There’s no way around it.

Becoming a stay at home mom after one has gone to college, established their career and then one day just stopped can be a shock to the system. At least, it was to me. I've also had many working mom friends of mine, when they’ve seen me with my kids, admit quite honestly that they returned to their jobs because it was easier than what I’m doing.

If nothing else, their testimony helps me to hear that what I’m doing is universally acknowledged as hard and a genuine sacrifice.

Please don’t misunderstand me. Making the decision to give up my career and raise my children was a good decision. In fact, it’s probably the best one I’ve ever made. But it’s also almost one that literally almost killed me because of how deeply I sank into a mire of depression.

I lived in a rut for a year, and it was unlike anything I’d ever experienced. It’s not that my career was superior to staying home, it’s just that nothing prepared me for type of all encompassing toughness, nor the sometimes gaping isolation of motherhood (especially with two kids under two years old).

Eventually though, instead of beating myself up for not savoring the divine glory of every moment, through grace I realized that to ignore one’s genuine suffering, or to try to pretend that grief and chemical imbalances can’t occur even in these circumstances is harmful. It took getting real help – marriage help, personal counseling and a brief stint with medication to finally get better.

My advice to all moms and spouses is this: get help! And don’t wait – a woman can live a long time ignoring her feelings, needs and desires until everything becomes so heavy and lonely and burdensome, she’s done herself a disservice in faking like she’s Wonder Woman’s second cousin.

Women require a community of support. Making a woman feel like she’s weird, proud, ungrateful, or just crazy for having low moments as she is trying to persevere in being a mom is very destructive.

Catholic women especially need to hear from other Catholic women what their struggles have been and how they, and their spouses, have persevered.

Instead of frightening off secular people from marriage (which was always my fear should I dare share about my low moments), we might be surprised to find they too are grateful for that authentic witness to the truths of life. Secular moms, I’ve discovered, feel just as lonely as anyone as they live trying their best to serve their loved ones.

Remember, the enemy hates to see a happy family, and immobilizing the mother, the heart of that home is, I’m convinced, one of his most malicious devices.

So why don’t we talk about it more? Many suffer. To my knowledge, not many people write or blog about this topic. But perhaps a reader may be aware of where I might find more information about this?

I’m all ears. Any seasoned moms out there care to share how they’ve undertaken and perhaps bested their season of trials?

St Monica, pray for us!