Filling Up on God 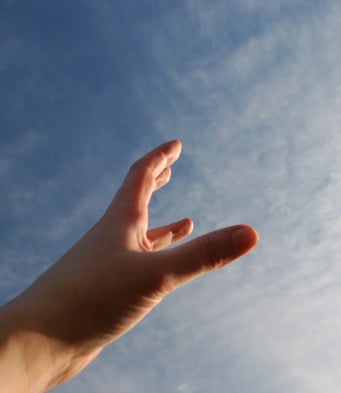 Filling Up on God

You know that feeling of knowing that God’s got your number? When He goes out of His way to send you an internal light and then has someone else tell you the same thing? That happened last week. I forget what I was doing, but I think very suddenly one day, a voice—very certainly not me—asked me if I had my hopes and dreams for that day pinned on coffee. Was that, the voice asked, the best thing that could happen to you today? I had to consider this. Yes, actually, when I was honest with myself, that did seem about as good as things would get. I was frustrated with the children, the house was messy, I was preparing for my husband to leave us for a few weeks…yep, a cup of coffee with some milk and sugar was a guarantee—I could have control over it and could have it when I wanted, which was about the only thing I could count on last week. I again considered how awful things had been recently. The voice asked again gently if that beverage would be sufficient to get me though the obstacles the week had lined up for me. No, of course not, I thought. Nothing would get me through what I had to do except a massive miracle and magnificent, jaw-dropping love because I was running on empty. Oh…I paused for a moment. I felt someone smile at me. I guess I didn’t have to settle for being propped up by caffeine. We, as Catholics, have something—Someone—so much better who will love us in a way material things can’t.

Just in case I would be tempted to discount such a dangerous suggestion (is there really more to life than just coffee?), a beautiful priest gave an awesome homily a few days later on how we on earth are like those parched in the desert and unless we turn to God, we’ll cling to any drop of refreshment we can get through pleasures like food, drink, relationships (and worse, he implied). Check. I had heard that voice properly. That message had been for me.

Friday, my fasting from coffee day (and other non-water beverages and sometimes! treats), and it was a good day to take God up on His suggestion of filling up on Him. It was another very difficult day and every four minutes, my thoughts returned with increasing crankiness to the forbidden cup, and it was only with great difficulty that I could translate that desire into a little cry for help and love from Love Himself. The four minute cycle repeated throughout the day, and I caught myself feeling embarrassed and silly for how often I had to cry out to God in my need, in my loneliness, in my frustration, in my sadness and anxiety, in my guilt. I felt very poor and very much like my little children, who call on me just as often and for whom and their myriad needs I suddenly had a greater tenderness. With great relief I went to bed Friday evening knowing that Saturday and its promise of coffee would come. It did, and it was followed by a challenging weekend that was also accompanied by lots of treats and my husband, and during difficult moments, I forgot all about being poor and little and tried to take control of my emotions by filling up on those things. It didn’t work.

Now that my husband’s gone for a while, I hope that the feeling of being little and poor won’t be forgotten so quickly. I hope I can learn to put coffee and treats in their place—as energy—and not as a poor substitute for our heavenly Father’s great love. I hope that I can remember, with our Lady’s intercession, that I was given by my parents the gift of my Catholic faith, that I can fill up on the Eucharist, that my heavenly Father loves me in my poverty and littleness and that He has my number.