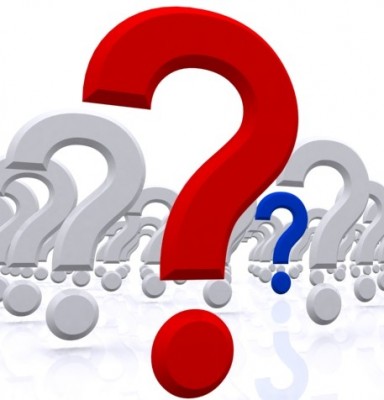 Early this morning I was standing in the laundry room marveling at the miracle of the modern day washing machine when I heard the soft padding of my four-year-old son’s feet behind me.  “Whatcha doing?” he demanded.

“How come?” he challenged.

As it is with any preschooler entering the bewildering world of childhood, their minds are full of questions.  The most prevalent of them being the age-old question: why?  Only, with Fulton it is “How come?”  Regardless of how it is phrased, a child’s question demands to be answered, and if you do not answer the question satisfactorily, you are met with another “How come?”  This is a situation of endless questions that no one, not even the most brilliant scientist could answer.  Or plumber.  Or chef.  Or weatherman.

The first few weeks after Fulton began his quest for the truth were painful.  I grew up with the notion that “Because I said so,” was a perfectly good answer and usually left my parents alone once they resorted to such answers.

One day, fully expecting Fulton to be exactly like I was, he finally had me stumped on a particularly exhaustive line of questioning.   Fondly recalling my own parents’ final answers, I smiled authoritatively at him and announced, “Because I said so.”  Convinced the battle was won, I returned to whatever I was doing at the time.  Imagine my surprise when I heard his little voice sigh and say, “How come?”

What?  A four-year-old was questioning my authority?  I was shocked.  Shocked.  And when I looked at his face with his wrinkled brow, waiting, I knew he wanted an answer.  I don’t remember the details of that particular line of fire, but I know that I had lost.  For days after that there were a series of attacks on my intelligence, my pride and my patience.

Finally, strictly by accident, I stumbled across a very effective strategy.  Over a bowl of dry Cheerios and peanut butter toast, he was quizzing me on why he couldn’t have syrup in his cereal.

How come?  Because it is too much sugar in the morning.

How come?  Because your body needs good food in the morning.

How come?  Because it needs energy to let you play and keep you healthy.

How come?  Because it is important to me.

How come?  Because I love you…

He eyed me for a moment over his bowl of cereal, chewing slowly.  Then he sighed, scooped another spoonful into his mouth and looked perfectly happy.

That was easy, I thought.  So over the next few days I tried similar tactics in his line of questioning and found that if it boiled down to someone loving someone else, it was a good answer and no more questions were asked.  Confident of this trend, I wanted to put it to the test.  I would cut it to the bare bones.  I was armed and ready for my blitz when he asked me why the water in the toilet went around and around when he flushed it.  I answered confidently, “Because I love you!”

He stood there, looking up at me and scowled.

“No,” he said flatly and walked away.

Well, that was new.

Fulton had never given up a good “How come” before.  And then I realized that he did not give up – he just refused to spar with a cheater.  So I vowed that next time I would get it right.  And I did.  The next time he launched a question at me, we were both prepared.  I knew I had to answer his questions in such a manner that no matter what subject we started on, I had to end it with love, and in a way that a four-year-old could believe.

So, this morning when he lobbed his “How come” at me to question my reasons for doing laundry, we entered the arena of a civil fencing tournament instead of a wild uncontrolled battle of unanswerable questions.  “Because they are dirty,” I calmly replied.

How come?  Because you wore them.

How come?  Because I want you to wear clothes.

How come?  Because I don’t want you to catch a cold.

How come?  Because I don’t like it when you are sick.

How come?  Because I love you…

Touche’.  A perfect match.  He clomped away in his chicken boots, dragging his broken bow and arrow set behind him, off to find yet another thing to question.

As I sit here and reflect on this phenomenon, I realize the insight my son has.  Why shouldn’t everything revolve around love?  If anything does not, cannot and just will not go back to love as its basic core, then there is something absolutely wrong with it from the beginning and no amount of reasoning can explain its existence.

It is sometimes hard to see the world through the eyes of a four-year-old boy.  I struggle to find the connection between love and skid marks on the road, or love and the stray dog relieving himself on an unlucky bale of hay.  But I am getting better at it.  Even when I am alone, I will notice something going on that my son could question, and I find myself working through the process of trying to find where the love is.  And the beautiful thing is that I always find it, even when it is hidden among the smell of burning rubber or the freshly ‘watered’ pile of goat feed.

Love is always there.

Had I continued to try to answer Fulton’s questions on a case-by-case basis I never would have learned this basic truth for myself.  When your understanding of the universe is grounded in love, it gives you a sense of security and courage no amount of science or education could give you.  And that is why I have vowed, even after the “how come?” stage has passed, to continue to teach him to find all the love he can in the world.

Because I love him.