I left Newark on an early flight to Boston the morning of September 11, 2001. Newark Airport is notorious for heavy air traffic, and that morning was no exception. As I glanced across the tarmac, I could see the customary line of planes queued up for the long wait to takeoff. I would later realize that Flight 93, bound for Los Angeles, was surely in the line in which I had the good fortune to be further along. As I settled in to the flight for the short cruise to Boston's Logan airport, I could see for miles across the pristine blue sky from the window seat of the airplane. The trip was to be a short one; in fact, I planned to fly back later that afternoon after an important client meeting. I felt like a big girl in my attempt at a red power suit, handbag and briefcase only -- an important executive -- instead of the law firm minion that I usually felt like. My flight landed without incident, except that it landed 5 minutes before Flight 11 took off from Logan, headed for the World Trade Center, and except that we probably crossed paths on the tarmac, another stroke of coincidence in my favor.

The rest, of course, is one of the saddest chapters in our nation's history. For the next couple of hours, I drifted around my firm's Boston office, watching events unfold in real time on television. I would ferry the latest information back to the conference room where the partner insisted that we continue to prepare for our meeting. Perhaps he thought he was leading through a crisis, but he actually came across as an insensitive fool, given what was occurring. I was very calm and clinical, although I recall making a random phone call to an ex-boyfriend, who I knew took the PATH train into the WTC every day, and leaving him a message. Although I did not reach him, he was safe. His train was the last to enter the WTC after it was hit. It was sent back to New Jersey before the towers fell -- a stroke of good fortune in his favor that haunted him.

At some point, we learned that the firm would evacuate. Our office was in a tall building in the heart of Boston's financial district and, thus, considered by local authorities to be a possible target. That is when I realized I had no place to go. There were no planes, trains or car rentals, and a group was headed back to NJ by car but they had no room for me. I had no hotel reservation and there did not seem to be any reasonable prospect of securing one. I ended up tracking down my friend, John, who also worked at the firm, and asked him if I could stay with him. John and I had a brief romantic attachment, which was over, so it was a bit awkward (at least for me), but I had nowhere no else to stay, and John being the good guy he is, recognized that.

Off we went on foot to the North End of Boston, where John had an apartment. The streets of Boston were jammed and chaotic. You could hear radio reports from open car windows, like something out of a movie, which sustained a sense of unreality. You couldn't be worried about something that wasn't really happening, right? When we got to John's apartment, I tried to make a few cell phone calls with very little success. I reached my best friend, but couldn't reach my parents. Friends in my firm's New Jersey office ended up tracking down my mother at work to tell her I was safe. For me, the moment of clarity -- when I actually believed that I might never see my family and friends at home again -- came when F-14 fighter jets sent by the Governor of Massachusetts to New York City screeched by en route south, John and I watching from his open apartment window. They were the only planes in the sky, and they were designed for war. I always think of John on this day, how he kept me safe and comfortable, when I had no place to go. I feel like it is a bond that we will share forever, and though it is predicated on the savagery of the day that was 9/11, I am grateful for his kindness.

I left the next morning, incredibly via car service, which was my only option. I spent the four hour drive reading the newspapers in the backseat of the car, my sense of dread growing. When we crossed over the Tappan Zee Bridge, the driver told me that he had never been to New York. Together, we looked out the window where Lower Manhattan still burned. "That's where they were," I said pointing to the gray mushroom cloud that hung over New York City, visible even from where we were. When I got back to my apartment, I started watching television, which was when it all became real, and the horror began to really sink in. I remember watching the coverage over the coming weeks and saying more than once, "Lord Have Mercy," out loud in a desperate prayer to end the pain for so many and to make sense of what was happening. I started my wearing my cross again. Feeling it around my neck made me feel safer. For me, leaning on a higher power was the only thing that made sense in an otherwise senseless and dizzying vortex.

In October, I went with the Red Cross to Ground Zero and worked at the respite center, which was in the heart of the site. The respite center was a Marriott Hotel that had been remarkably undamaged in the attacks. I worked the overnight shift at Ground Zero one night, and was assigned to be a "boot washer," which was exactly what it sounds like. As firefighters and iron workers came to take a rest and get something to eat, they had to have their boots hosed off before they went inside because of the toxic nature of the site. While I didn't think of it then (self-preservation, I guess), I later realized that Ground Zero being the sacred burial ground of so many souls, there were also human remains on those boots. I was advised to wear a mask. I declined because many of the workers were not wearing them, and I wanted to be a friendly face when they approached the respite center. They were weary and sad, their eyes vacant, but yet so beautiful in their quiet determination to clean up their beloved city and recover their fallen brethren and others. Make no mistake, Ground Zero was a war zone, but I remember feeling the presence of God's Grace there in a way that I can still feel viscerally, even though the actual visual memories have faded over time. 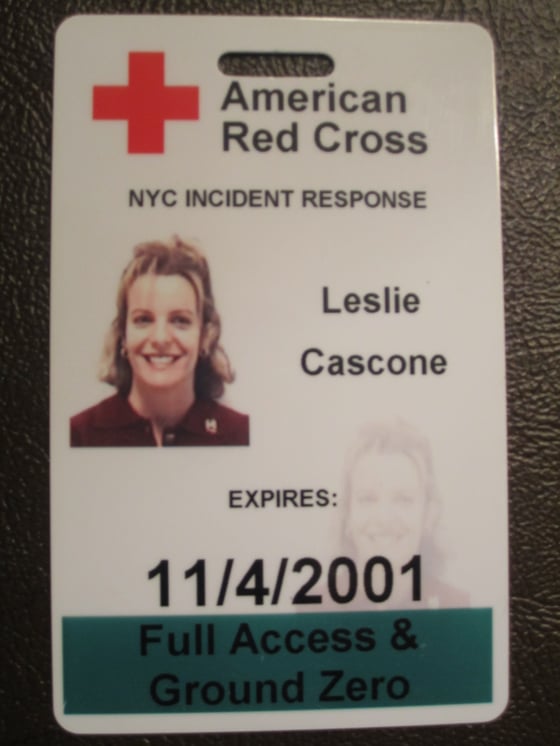 I don’t like that I am smiling in this picture. I think it was nerves.

So 11 years later, here is what I believe when I look up into the beautiful blue sky this day. I believe that the sun will rise every day even when our eyes are closed and our hearts are heavy. I believe in God and God's Grace even at the worst times imaginable. I believe in my nation and its ethos, and that no one should be "on their own," because of poverty, race, religion or creed. Investment bankers died right alongside undocumented busboys on 9/11. Consequently, I believe in choosing unity instead of division. I believe in the inherent goodness and kindness of people. I believe fighting for what you believe in and being true to yourself is noble, even if it is not an easy path. I believe that good will ultimately and always prevail over evil. I believe in miracles and eternal life. I believe in choosing gratitude every day, even if it's a mediocre one, because it could be your last. I believe in choosing love and joy over hatred and anger. I believe in kissing my children and telling those close to me that I love them as often as I possibly can. And I thank God for all those precious souls lost and wounded so I could have the benefit of these life lessons. They gave us a gift that it is nearly impossible to earn, but we should nonetheless try our hardest every single day. 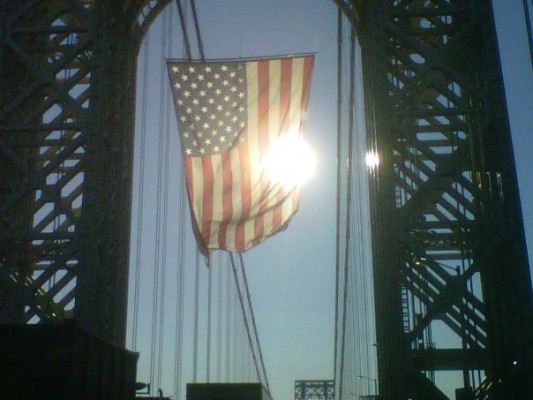