"The hour is coming, in fact has come, when the vocation of women is being acknowledged in its fullness, the hour in which women acquire in the world an influence, an effect and a power never hitherto achieved. That is why, at this moment when the human race is undergoing so deep a transformation, women imbued with a spirit of the Gospel can do so much to aid humanity in not falling". 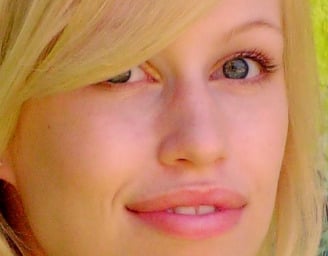 Blessed John Paul II used those prolific words in 1988 in the opening paragraph of his encyclical Mulieris Dignitatem—speaking on the dignity and vocation of women. He knew the power a Catholic woman held when she was “imbued” with a spirit of the Gospel. Over and over again Blessed John Paul II wrote about the gifts, talents, and nature of the “feminine genius.” Whenever I read his words, I am struck by his excitement. His belief in what Catholic women can accomplish feels palpable.

And we live in a time where we have certainly seen the great and far-reaching power of Catholic women. We have witnessed Health and Human Services Secretary Kathleen Sebelius’ powerful attack on life through the HHS mandate. We have heard Nancy Pelosi in her role as Speaker of the House proclaim the grandeur of the most pro-abort president ever to step foot in the Oval Office. Other famous Catholic women fill out the current administration’s ranks as well, including Homeland Security Secretary Janet Napolitano. (To understand the Obama anti-life agenda please research his vote as an Illinois senator against the Born Alive act).

But are these powerful Catholic women “imbued” with the spirit of the Gospel that JPII referred to in that opening paragraph of Mulieris Dignitatem? Are they powerful in a way that they will aid humanity in not falling—or are they contributing to the fall?

Are you and I also contributing to the fall—or are we aiding humanity in not falling?

I think to better answer these questions we have to return to our Gospel roots; we have to understand its spirit and its teachings because this is what it all hinges upon, according to Bl. JPII. It can’t be a coincidence that in a few short weeks, Catholic woman voters will be able to wield a tremendous amount of power; a power to aid humanity in not falling.

I went on an interview recently for a position in a Catholic company. One of the questions asked was about “social justice.” For some reason the question felt like a trap but I responded the best way I knew how: I said that I am faithful to the Magisterium and to Church teaching.

I didn’t get the job—but I did get a new insight into what may be the problem we face as Catholic women voters. As women it is in our nature to care for the needy, our hearts ache for justice and equity among all. We often feel and sense things in a way much deeper—or different—than our male counterparts.

Social justice and social teaching are on our radars—and rightly so. Either term reaches out to women because we care deeply about the needs of others. The only caveat?  We cannot—and should not—put them above the teaching of Mother Church on abortion—that it is intrinsically evil.

Yet, we do have Church teachings on our responsibilities to society—and they are very clear. It is part of our call to feed the hungry, house the homeless, visit the sick.

So what is the “spirit of the Gospel” to which Bl. John Paul II refers, then, for those of us interested in helping mankind not fall?

Is it social justice?

Is it human dignity and the right to life?

This is where we must turn to Church teaching for a clear answer—and is where we will find one, whether we like it or not. Whether we agree or not.

As Catholic Christians we understand a “hierarchy” of sins. We know the difference between venial and mortal sins. So when the Church invokes such language as “intrinsic evil” when referring to abortion, we are supposed to sit up and take note. It can’t be thrown in the same pile as a lack of social justice or the ways we may be failing some of our brothers and sisters.

There is a lot at stake in this election and the words Bl. John Paul II used to begin his encyclical on the dignity and vocation of women should strike a chord with any woman who reads them. It was his personal invitation and call to holiness to Catholic women everywhere. His faith was such that he most certainly believed that we would understand the stakes and then when faced with them we would choose to aid humanity in not falling.

Nothing more, nothing less: aid humanity in not falling.

It is a tremendous responsibility to be a Catholic woman voter this year. It seems to be the time Bl. John Paul wrote of with certainty and insight, guided by the Holy Spirit, so that we would rise confidently and compassionately to the challenge that was before us and, imbued with the Gospel, do our part to aiding humanity in not falling.