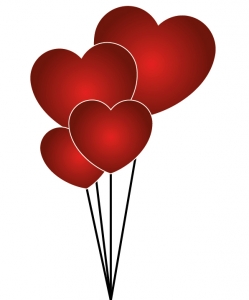 A few weeks ago I had to take my son to Children’s hospital because his pediatrician had found a heart murmur.  We’ve had physicals before, but the doctor’s hadn’t heard anything before.  I had thought he might have an ear infection, but the nurse ruled that out pretty quickly.  She continued checking the rest of his body and after listening to his heart, for a time that is a little longer than is comfortable with a mom – you know those long pauses when you’re standing there wondering if something is wrong, she looked up and asked if I’d ever heard the doctors mention a heart murmur.  Thinking back, I had remembered the social worker had told us he was born with one but I didn’t know the extent of it.   The nurse called the doctor is and he listened and was rather confused about why he hadn’t heard it before, he said he’d prefer to send us to the local Children’s Hospital for an EKG and an ECHO.  These are never words a mother wants to hear.  Of course it would take at least a week to get the referral and then who knows how busy the cardiologist is at the hospital. Within a week and half, however, my husband and I were sitting in the waiting room of the heart clinic at the hospital – another place I never wish to return.

My son was taken back to the exam room and put in a little green shirt that tied in the back for easy access during the medical procedures.  The shirt made him look like the pictures I’ve seen of children with terminal diseases and my heart ached for those children and their families.  The cardiologist came in and checked him and although he looked like he was about to deliver gut wrenching news, he said he thought it was either an innocent murmur, a sound the heart makes that sounds just like a murmur or a murmur that we wouldn’t need to worry about.  What a relief, but he still wanted the ECHO ultrasound done.  We had to walk our son over to a different office for that procedure.  As I walked out into the waiting room to head across the hall, I felt like everyone in the waiting room paused when they saw my son in his little green shirt.  No one spoke as they watched him walk.   It was a paralyzing moment watching this happen.  I just wanted to reassure everyone that he was ok, that he wasn’t sick, but who addresses a group of strangers, and what if their kids really were sick… I chose to say nothing and instead headed to the ultrasound.

As we walked into the room, the ultrasound tech began to explain the process to us.  He smiled as he told us this was a regular ultrasound, and he told my son that mommy would remember the first time I had heard his heartbeat at my first ultrasound.  It took me a second to realize he was talking about a pregnancy ultrasound and I just laughed, I adopted my children so I never got to hear his heartbeat because I was never pregnant with him.  Some adoptive moms are give that opportunity if they know the birth mothers during their pregnancy, but I didn’t know my birth mother.  The tech knew how to work with kids and immediately turned on a cartoon so my son would be entertained during the procedure.  He would be preoccupied for the next 30 minutes, as we watch only a small amount of TV at home, so he thought this was real treat.

The ultrasound tech began the ultrasound, and I started to notice this muffled sound coming from his machine, it took me a minute, and then I realized I was hearing my son’s heartbeat.

At first I marveled at modern medical technology and the fact that we could even hear a heart beat, let alone watch the blood flow in a out of his heart and then I got a little teary eyed as I realized I was getting my very own ultrasound experience of hearing his heartbeat for the first time.  Thanks to the wonderful ultrasound tech for mentioning how it would be just like when I was “pregnant”, although I never got to do that when he was only a few weeks old, I was getting to listen to it today.  I will treasure that moment even if it happened when he was 3.  What a gift in the midst of a scary time.  My son is fine, the doctor told me we don’t even have to follow up, and continued to reassure me that he is fine.  Even as I write this, I have to stop and take a deep breath and simply be thankful that he’s healthy.

There was one more gift that came from our visit to the hospital.  The show we were watching was one I’d never heard of, it’s called Daniel Tiger’s Neighborhood.  It’s created by the Fred Rogers organization and is a cartoon spin off of Mr. Roger’s Neighborhood.  Each episode has a little theme song that teacher the kids a lesson for the day.  The episode we watched was about the parents going on a date and Daniel was left with a babysitter. The song that kept being played said something like - grownups come back!  What a great way for kids to learn some important information and have a little jingle to remember it.  Last night I watched the pilot episode, which can be downloaded on ITunes for free.  (Each subsequent episode is $2.99 – check out PBS for more info on the show as well as it’s airtime) Turns out last night’s song, which my daughter is already singing was about finding the silver lining.  “When something seems bad, turn it around and find something good.”  Talk about words to live by!  Thanks to the ultrasound tech and his comment about the ultrasound, I was able to find something good in our visit to the hospital – getting to hear my son’s heartbeat! That moment was just another gift, in our adoption adventure!  Of course there is the obvious good thing – that my son is nice a healthy too!