Made To Be Free: An Online Storybook 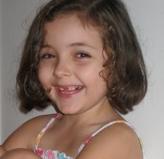 While sitting around the dinner table one evening, our six year old daughter, Emily, began to tell us of her latest ideas for a story. Since we were home-schooling, my wife, Lourdes and I, decided to turn Emily's creativity and enthusiasm into a learning project. I turned to Emily and said, "If you write a book, then Mom & Dad will publish it for you."  Emily's eyes got wide with excitement and that night she started the journey of writing her first book "Made To Be Free".

We sat down and I helped her put together and refine an outline of the story that she had described to us earlier. That outline became our "road map" for the writing process. It also kept Emily from going down the "rabbit hole" of creativity when she'd get a new idea that would start to take the story in a different direction. We'd have to stop ourselves and refer back to the outline so we knew where we were going. That alone, was a great learning experience for her, to see the value of having an outline to guide your thought processes when writing.

At first, I had to help her format the dialogue in her head so that it would read like a book. I explained to her some of the basics. For example, we would need to identify who was talking when it wasn't clear by adding "he said" and "she said". Also, each chapter would need some kind of an introduction to establish the "scene". This would really help the reader understand the action that was taking place. It didn't take long before she was adding these things herself. 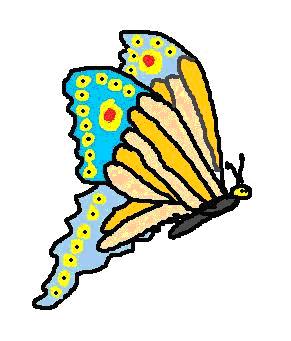 Butterfly -- Made to Be Free

As the work progressed, I became a "secretary" more than anything else. She dictated the dialogue and the actions while I typed. We would continue to bounce ideas off each other, funny things that the characters might say to each other, etc. as we went along. But I'd have to say over all, she wrote 90% of the entire book. We learned things about butterflies that we never knew before. As we got closer and closer to completing the book, she grew in her understanding of how this whole process was supposed to work. It was amazing as a parent to see her take that journey at such an early age. By the time we had finished the story, she had just turned 7 years old. 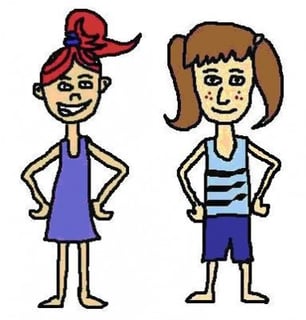 Once we had finished with the written part of the book, we began to investigate how to do the art work that would be needed before we could publish her "masterpiece".  Although I ended up doing a lot of the final artwork on the computer (since I draw like a first grader anyway...) Emily did many of the drawings as well on paper, and had fun practicing the many ways we could draw Anna and Elizabeth, the two main characters, or Mr. Worm. She also picked all the colors for the drawings and painted most of them herself using the simple Paint program in Windows.

Finally we were finished, and you can imagine Emily's excitement (and ours as well) when the finished product arrived in the mail and we could see the fruits of her hard work that had come to life! We shared a few copies with family and friends, and we were allowed to place a few copies in our church's gift shop.

The book was met with "rave reviews" by everyone who knew her. People really enjoyed the story, and especially if they knew Emily, they would make a point to tell her how much they liked the book and encouraged her to keep writing. One woman had purchased the book for a niece of hers, who lived out of state and when the niece came to Florida for a visit, the little girl begged her aunt to meet Emily. It seems that the little girl was very impressed and inspired by Emily's book, and maybe even had the idea that she could do it too!

Recently, as we were having another discussion around the dinner table, and as Emily approaches her 9th birthday, we decided that the message that we are "made to be free" is a message that couldn't remain locked up in the book. We decided to make the contents of the book available for free on the internet for anyone interested in reading the story. And that's how the latest "chapter" in the story of "Made To Be Free" was born. We recently created a website where you can read the book for free and share it with others that might be interested. The link for the website is:  www.MadeToBeFree.net.  If you go to that website, you can read the book in its entirety. Emily and I both agreed that "Made To Be Free" was made to be free...

We hope you enjoy it!