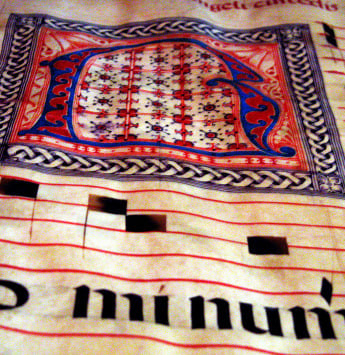 Marianists (the Society of Mary and all of its branches, Daughters of Mary, and Lay Marianists) often use the term “the Family of Mary” to identify who they are. Mary is considered their spiritual mother as we learn from the scene at the foot of the Cross where Mary is standing and called the mother of Jesus and the mother of the Beloved Disciple (this means all who believe in her spiritual motherhood).

All Marianists belong to Mary by dedicating themselves to her mission among peoples. We wish to cooperate with her in that act of love that she and Jesus share with us and bringing it to others.

We learn from the short excerpt from Luke 8:19-21 that she with her extended family of brothers and sisters not only hear the word of God, but actually put it into action by what they do and say for the good of others.

Marianists try to live this out with the guidance of their Rule of Life which complements the calls of the Gospels. “Through this rule we act in the name of Jesus, and embrace Mary as an inspiration and model. Through it we accept our common mission of fostering communities of faith.” (Bro. Steve Glodek, S.M. former Provincial of the Marianists of the United States, Aug.15, 2008).

Pope John Paul II called Mary the Star of Evangelization — the first to bring Jesus to the world and to live with him the longest of any of his friends, apostles, and disciples. We are to celebrate a Year of Faith starting in October. We are not to forget that Mary marks our path. Our Blessed Founder William Joseph Chaminade pointed out, “In Mary’s name and for her glory, we have embraced religious life…Let yourself be formed in the womb of her maternal tenderness… There is no greater happiness than to be able to put her at the service a life and efforts which are rightly hers… Every epoch of the Church has been marked by the battles and the triumphs of the august Mary…”

Another Superior General of the Marianists said, “If we live the words of this book, we will become little and simple, near to Christ and Mary, and as a consequence near to every person. Above all, near to every person who suffers, who weeps, who is marginalized. …If we live the words of this book, whoever crosses our path will bless the Lord for having met and known us, and will bless William Joseph Chaminade for having given his sons and daughters such a charism.” (Oct. 12, 1983, Feast of Our Lady of the Pillar). The words are those of Jose Maria Salaverri, S.M., Superior General.