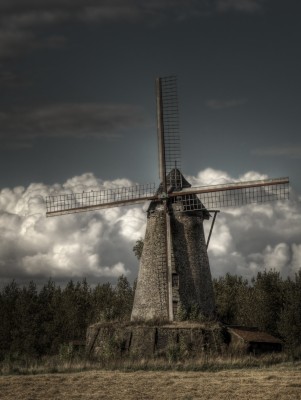 The Gospel reading this weekend has one verse in particular that always makes me consider very carefully my responsibility as a mother, and assess just how well I’m doing in my vocation.

“Whoever causes one of these little ones who believe in me to sin,

It would be better for him if a great millstone were put around his neck,

Now, I don’t like to think about the possibility that something I’ve said or done might lead a child into temptation.  Like most parents, I spend considerable time trying to educate my children in knowing right from wrong, and urge them toward virtue. The trouble is this: Perhaps especially among the sincere and devout, there can be a kind of willful blindness that makes us reluctant to see the signs of a child going off-track.  Perhaps especially among adoptive parents, we are quick to dismiss a certain amount of sass or resistance to our parental authority out of concern or empathy. “Poor dear,” we think to ourselves. “He is working through his attachment issues,” or, “She is simply trying to find herself.”

What I had to learn through painful experience is that some of our children’s early, traumatic experiences of children have the potential to “build” over time, requiring a higher level of intervention. They do not resolve themselves. Sneaky, little behaviors may breed bigger and more problematic ones. Early intervention with a trained professional is vital.

If I could offer one bit of advice for foster and adoptive parents, it would be this:  Never get lulled into a false sense of security. The baby or toddler you bring home from that agency, that orphanage, or that hospital looks for all the world like a tabula rasa, ready for you to impart your particular brand of wisdom. And yet, remain vigilant. Adoptive and foster parents often experience the painful “labor” of child bonding after the actual delivery (unlike natural parents, who experience labor prior to the birth).

You might have been blessed with a child devoid of any real developmental, emotional, physical, or educational delays. It’s possible. What is more likely, the trauma your child has experienced will need you both to notice it, and to intervene appropriately. Some signs to watch for include . . .

If you observe one or more of these symptoms, it’s important not to ignore them simply because you have observed isolated, similar actions in other children.  Because sometimes the heaviest millstone around a mother’s neck is an invisible one . . . the one we are forced to carry simply because we cannot bear to face the fact that our child needed help.

If you suspect that your child has been affected by post-adoptive or other trauma, talk with your social worker or pediatrician, or contact a mental health organization such as the Pastoral Solutions Institute. Take that “Mommy Millstone” that is weighing you down, and take steps to intervene early on, while there is still time to make a difference.

And as you do, say a prayer for the thousands of children whose parents are still unable to see their child is stumbling and struggling under a load he is too young to carry alone.

Will You Be There Mommy?
Read
Mommy, I'm Home!
Read
Mommy Multi-tasking!
Read