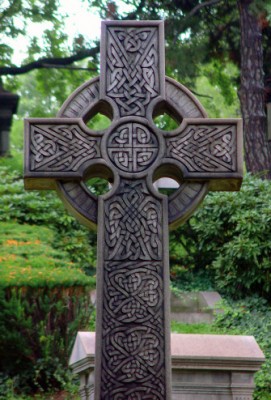 Luke’s version of the Lord’s Prayer (The Our Father) is the shortest among the three prayers under that name. They are present also in Matthew 6 and in the Teaching of the Twelve called the Didache.

Matthew was written between 80-85 A.D., Luke 85-90 A.D. and the Didache around 95 A.D. All have their provenance from an Oral Tradition that probably was a rhymed liturgical prayer in Aramaic. The existence of the Oral Tradition is obtained by what is known in scholarly circles as the Q Source which primarily exists in Matthew and Luke. They contain most of the Sayings of Jesus derived from the Oral Tradition and once spoken by Jesus himself before that Tradition in 28-32 A.D.

All three prayers have an eschatological perspective, that is, they are directed to the rule or kingdom of God and its meaning as a goal in the life of those who follow the teachings of Jesus. Matthew’s version is close to a prayer said in the synagogue in the first century called the “Eighteen Benedictions” where many of the thoughts are similar. Luke’s version which we meditate upon today are more directed to the prayer of the Gentiles to whom Luke was addressing his Gospel. Luke simply starts with the address “Father”, as we see in the prayer given to us by Paul in Galatians 4:5 (“Abba”) and also in Romans 8:15. Mark has this prayerful address of “Abba” in the scene of the Garden of Gethsemane where Jesus is praying while Peter, James, and John nod off in sleep. Jesus asks “Abba” to take this chalice away from him, if it is God’s will.

There are seven petitions in Matthew; while Luke has five petitions. Only one petition deals with the action on the part of the ones praying and that is the verse concerning forgiveness. Form Critical studies show that some elements in Luke’s version may be earlier than that of Matthew, but both are liturgically oriented through an Aramaic pattern with rhyme. As in all comparitve studies of the Gospels this demands exegetical skills that go beyond the scope of our reflection on the prayer itself.

In Luke Jesus gives the disciples what they ask for, namely, to pray as did John the Baptist’s disciples. In Matthew we have a longer lead into the Lord’s Prayer by Jesus himself telling the disciples about how to pray. (Matthew 6:5-14). He directs the first three petitions of the prayer to God; the last four deal with our needs. Both have Eucharistic themes in their mentioning the “giving of bread”. St. Jerome even interpreted it in Matthew as give us our supersubstantial bread, that is, bread from heaven. Luke emphasizes that day by day bread that is necessary for our sustenance. We may think of it as “bread for the journey” with Jesus. This prayer is within the long Journey Narrative of Luke and thus fits in with that theme. (Luke 9:51-19:45). The last verse of the narrative in 19:45 has Jesus entering the Temple—the sacred place of prayer. Luke emphasizes the present while Matthew looks toward the future.

The third Lord’s Prayer from the Didache is so close to that of Matthew that it is surely borrowed from Matthew. It has the doxology at the end of the prayer:”For thine is the power and the glory for ever and ever.” This doxology has been added to some later manuscripts of Matthew and is based on I Chronicles 29:11. It was first adopted by the Eastern Church, then the Protestant churches and finally into the Roman Church with a short prayer of deliverance added before the doxology.

Marcion a heretical priest who was an Anti-Semite had his own version: “Father, Thy Holy Spirit come upon us and cleanse us… Thy kingdom come…the bread for the morrow give us day by day…And forgive our sins, for we also forgive everyone who is indebted to us… And do not allow us to be led into temptation." (circa 150 A.D.). Even the history and the study of the Lord’s Prayer leads us to see why it is the prayer par excellence for us especially in the Liturgy of the Eucharist and the Liturgy of the Hours. Amen.