More on the Gift of Tears 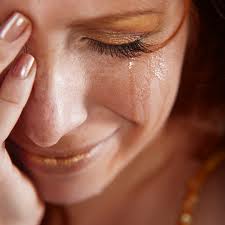 More on the Gift of Tears

Where did I first hear the saying, “I ain’t much, but I’m all I think about?” Terrible, I know. I’d like to think of myself as a man of words -- but there are so many who truly have the talent and go to their own book signings. And yet I like to write. I love being able to preach as a deacon. May God be praised in every word and work of all who love him.

All this is by way of leading into a column I did on the Catholic Mom website perhaps three years ago and more. It was called The Gift of Tears and if you haven’t read it, it is found at http://catholicmom.com/2009/07/10/4345/

Now given that I am not a Lisa Hendey or a Teresa Tomeo, I don’t think any column I’ve written on this site, or any other place has generated as much feedback as the original Gift of Tears reflection. Some who wrote in response were surprised to discover that there was such a phenomenon. A phenomenon that has been and is recognized in the Church long before any words I’ve written. Some respondents just wanted to share their joy in tears. Sounds strange, I know.

In the earlier column, I talked about ‘tenderness’ when seeing a young mother and a loved baby. Other situations? My soul has been washed at Franciscan University when I am with 200 priests and deacons and we are powerfully united for Mass or Adoration. Sometimes it’s the words to songs.

One of those songs that most often does it is: I Can Only Imagine: “Surrounded by your glory, what will my heart feel? Will I dance for you Jesus, or in awe of you be still? Will I stand in your presence or to knees will I fall, will I sing hallelujah, will I be able to speak at all?”

As I prepare this column, it’s mid-October and the Church has us celebrate the memorial of St. Teresa of Avila. Do you have an image that comes to mind when you hear of Teresa? With me - I would have thoughts of sternness or super holiness or reform or heady books. Likely, the description ‘mystic’ would be my ending thought about this nun. But as she aged, her childhood compunction grew more into this gift of tears. She contemplated and became more aware of God’s great majesty and how terrible sin is compared to God’s great and limitless love.  I wrote about this in the first column. And in that effort, I found guidance from the saint about how much and when it’s appropriate to bask in the tears.

It would appear that St. Teresa grew into her gift. But from those who wrote to respond to my earlier column, and in other places, I’ve noted that many returnees to the Catholic Faith (often tabbed ‘reverts’) have come back to the Church with a flood of tears. Tears of gratitude. Tears of sadness at the thought of how much they gave up and didn’t get to celebrate in the years of being away from the Church and Christ’s sacraments.

In the same year that I wrote my column (which, by the way was my way of sharing what I stumbled onto about what had been happening in my own faith walk), the Our Sunday Visitor organization published a response to a question sent in by a man, and answered by Fr. Ray Ryland, Ph.D., J. D. The question and answer appeared in The Catholic Answer. And Fr. Ray was (is?) a professor at Franciscan University in Steubenville, Ohio. The writer simply asked, “What is the Gift of Tears?”

Fr. Ryland said that it is an ‘expression of the working of the Holy Spirit.’ I thought that was awesome because as often as I’ve experienced tears (during Adoration before the Blessed Sacrament, sometimes at the Consecration of the Mass, and other non-liturgical settings), I’ve always felt so close -- intimately close to Jesus. Fr. Ryland also said that this gift is suggestive of God’s washing away of our sins. To which I reply: “Thank you, Jesus. Thank you. Wash me clean in your mercy.” Fr. also said that a bishop connected the Gift of Tears with Gift of Tongues. I myself have not had that connective experience.

There is no forum that I am aware of for those of us who experience this gift. My sense of statistics on this is mostly personal observation. I would say that there are more women than men who report on this, but the depth of their response to the Gift of Tears is very equivalent. As stated before, more who have returned to the faith experience this gift rather than cradle believers. It would be interesting to survey a significant number of charismatics to see if many of them have experienced this in their own faith walk.

Two other quick observations by way of story and sharing. I remember seeing a man in our church who sat in silent compunction, tears streaming down his cheeks, eyes closed. He was completely free from worry about what anyone else thought. And I don’t know if he had been to confession (this was during a parish reconciliation service) or not. But the gentleman made me quite tender by his emotions. He reminded me of the Gift of Mercy that I had so recently received.

Another time when I believe I was gifted with these special tears was when we were in Rome in 2004. Among the many activities we did and had planned, we had special, up-close tickets to a general audience with Blessed John Paul II. He was quite frail and ill on that fall day. When the pope-mobile started up the ramp to come onto the platform, the Holy Father was drawing near to us and to the level we were on. The crowds had been cheering and waving scarves and all manner of things. I couldn’t help but start to cry. I think something inside of me knew I was in the presence of holy greatness. Maybe my soul recognized that a saint was quite close. I wept sweet tears with no shame; many others were crying too. The same thing happened in St. Peter’s Basilica a few days later when we attended a Mass with El Papa.

In 2009, I closed the column the way that I’d like to close this one. If you are a person with the Gift of Tears – I’d love to hear from you.