Elections Over but Tough Issues Remain for Parents 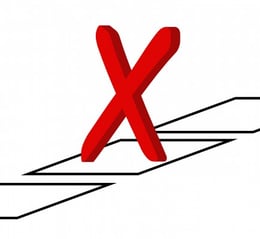 As a Christian Mother, it’s a tough job to swim through the confusing information flooding mainstream media today about issues that pose serious threats to family life. Although it’s over now, the presidential election cycle was particularly challenging as it created waves of advertisements, stories, and debates that seemed to never stop shouting views on abortion, contraception, same-sex marriage, and other topics that easily heat up and divide any room.

My children, ages 10 and 14, took notice. They tired of the endless ads and banter like everyone else. They never seemed to tire though of asking me questions that shook me out of my comfort zone, stealing another level of innocence with my daughters that I will never have again. I knew it was over when my teen expressed her views about abortion in cases of rape. It would’ve been so much easier to ban television and stop subscriptions, but then – no matter how un-cozy - I would’ve missed moments to talk about complicated stuff, issues my girls would’ve eventually faced sooner than later and I’d rather it be with their Mom.

As my husband and I work to raise our children on a strong foundation of faith, I don’t want to contribute to more misunderstandings through our own kids. It’s not easy to be a parent today, much less a Catholic parent. It’s upsetting to witness the hatred, crashing through our society about the Church. I’m beginning to wonder with a gnawing fear in my stomach if my daughters, being raised as Catholics, will face religious discrimination I never believed was possible in this country.

I hear more now than ever in my life time about anti-Christian actions, not to mention endless bans on prayers and crosses most everywhere public. It’s all done in the name of not offending anyone. But as a Christian, I’m often offended.

Christians are called bigots and other names because we value Scripture, marriage and family life. I frequently hear Christian views called outdated, intolerant, judgmental, and naïve. Who is brave enough to be called a Christian when described like that? Will our children be taught courage or silence on unpopular Christian issues for fear of being labeled? Will they lose friends, jobs, or worse yet, their own faith?

Especially hard to explain to my kids is that Catholics themselves are split on current issues. Next door in Minnesota some Catholics expressed anger, shame and embarrassment about the United States Conference of Catholic Bishops’ (USCCB) stance against gay marriage, as an amendment to redefine marriage came before voters. While the effort failed in Minnesota, the USCCB stands firm against attempts to destroy life and family.

During the very long election season, the Church focused – and will continue to do so - on what is known as five “non-negotiables.” These areas can’t be supported by anyone who is a believer in God, the common good or the dignity of the human person: abortion, euthanasia, human embryonic stem cell research, human cloning, and same sex marriage.

How does a parent even begin to discuss these deep and often dark matters with their children? At the risk of sounding too vague and simplistic, I take it one question at a time, one day at a time. I make sure I’m speaking in an age-appropriate manner. I make sure I don’t talk too much. I ask questions. I listen. I take a breath. Because these issues are so large and so amazingly divisive, learning about them is an ongoing process for each of us, woven into our everyday routines most of the time. My daughters’ questions and comments usually hit me unexpectedly, which motivates me to keep up with the news from all sides so I’m somewhat prepared. Mom also has the right to say, “I don’t know. I need to find out more about that.”

If more Catholics took some time to delve into their faith, including reasons behind the USCCB’s decisions, less embarrassment and shame and more pride and joy would surround the Church. The USCCB’s website may pleasantly surprise families with easy-to-read articles and activities for all ages. Check it out. Certainly, I don’t want my children to grow up feeling guilty and uncertain about their faith. As their parent I can assure them that Catholicism is based on Scripture, faith and reason. I can point them toward the Bible and other useful resources to help guide their way throughout life. I can teach them to have gratitude for their freedoms. For sure, attend Mass each weekend.

Sometimes the Catholic Church may look ridiculous to some, but everything is done for a reason. Standing up against redefining marriage is to stand up for the natural creation of life. The Church isn’t against homosexuals and hasn’t shut the door on them. It’s easy to forget that the Church was one of the first to reach out to those suffering with AIDS. Tell your children about some great things the Church has accomplished to help offset the negativity. Before the Church’s push for educating the common man, it was reserved for nobility, for example.