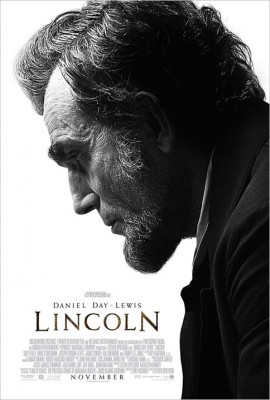 My husband and I recently attended the excellent new movie, Lincoln. We don’t often go out to movies, but went to see this particular film, in which Daniel Day Lewis masterfully depicts the character of Abraham Lincoln.

Directed by Steven Spielberg (my husband likes to call him “Steven Shpeelberg” for some odd reason:), it is based on the book Team of Rivals: The Political Genius of Abraham Lincoln. I truly believe he was a genius.  His political moves were divinely inspired; he was guided by dreams, by stories, and by conversations with the people around him.

Speaking of directing, in my opinion, Spielberg did an excellent job telling the story without triteness. The Civil War, in all of its horror, is artfully portrayed, without focusing too much on the things dealt with in movies before, such as slavery or battles. Instead, the movie looks at how decisions are reached in Washington, before and after the amendment to abolish slavery is passed.

I was not expecting to enjoy the movie at the beginning. The cheesy lighting all but turned me off. But I came away wanting to recommend this movie highly. You’ll like it if you’re a history buff, or even if you are not, and have to google “who is Thaddeus Stephens?,” after seeing Tommy Lee Jones’ incredible depiction of him.