Self Marriage, The Ultimate in Self-Centeredness 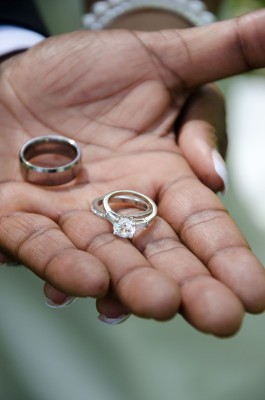 Self Marriage, The Ultimate in Self-Centeredness

“Until death do us part,” is becoming “Until death do I part,” as one more way to undermine the sacredness of marriage. In a traditional marriage, selfishness is the kiss of death, so, in a self-centered society, it seems to be the perfect solution for wedded bliss:  me, me me!

While hardly an actual trend, self-marriage is happening.  It was in the Netherlands that the first self-marriage made the news.  In 2003, Jennifer Hoes married herself.  In the Art and Perception blog, 2006 article,  Wedded to art: Jennifer Hoes, the woman who married herself Jennifer explained what kind of partner she is to herself. “My wedding ring says, ‘I will return to my heart every time.’ I read this every day. I think the values to an individual life are pretty much the same as in a marriage, it is about how you’ll behave, about taking responsibility, about being a loving person.” Jennifer recently celebrated her ninth wedding anniversary.

Last March, Nadine Schweigert, 36, from Fargo, North Dakota, read her marital vows in front of forty of her closest friends. “I, Nadine, promise to enjoy inhabiting my own life and to relish a lifelong love affair with my beautiful self.”

Nadine appeared recently on Anderson Cooper's talk show to explain why she married herself. After a traumatic divorce, she decided that instead of feeling sorry for herself when her husband left and her two children decided to go with him, that she would be satisfied with just herself.  She had a wedding ceremony complete with wedding presents

In November of 2010, Chen Wei-yih married the love of her life—herself. The The China Post reported that the thirty-year-old office worker, no longer considered herself single after the ceremony attended by thirty of her friends and family. Chen explained her reason for doing it was,  "I was just hoping that more people would love themselves."  She even honeymooned with herself in Australia.

Brad Wilcox, Director of the National Marriage Project, told Anderson during the show, that marriage is not a solo act but about bringing two different people together.  "I think, regrettably, Nadine's a bit confused. She's kind of the poster child for what's wrong in our culture when it comes to marriage.”

Catholics would take it further and define marriage as specifically about bringing one man and one woman together.  The self-marriages are not marriages in the eyes of God, any more than same-sex unions can ever be.

Explanations for why people have married themselves are filled with nice sounding thoughts but two important ingredients are missing: God, and a person of the opposite sex. Ultimately, loving self is so that we can totally give of ourselves to God and others. Thus, we must also die to ourselves and empty ourselves so that we can fill our hearts with the love of God.   In a Catholic marriage, love is to be shared and we must be willing to put the other person before ourselves. A self-marriage is about serving self—no interference from others.

The Catholic Catechism explains that this love opens the possibility to the couple that new souls will spring forth from their union. "By its very nature, the institution of marriage and married love is ordered to the procreation and education of the offspring and it is in them that it finds its crowning glory (1652).  While marriage does not always result in the procreation of children, “Spouses to whom God has not granted children can nevertheless have a conjugal life full of meaning, in both human and Christian terms. Their marriage can radiate a fruitfulness of charity, of hospitality, and of sacrifice (1654).

Strong marriages make for strong families and strong societies. It is a symptom of a weakened society that marriage is under attack.  Since the idea of same-sex marriages initially evoked a majority response of “No way!”  we can only hope and pray that this one does not catch on.