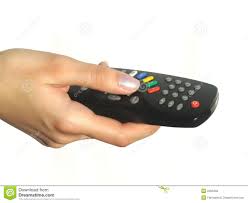 Imagine sending a text to your body for obligation-free sex. You’ll have to wait until 2018 before this invention goes on sale, but when it does, remote controls will do more than just turn on TV’s and cars. They will turn on and off fertility.

Who could have imagined such a thing? Bill Gates—advocate of depopulating the world--could have. He has backed the making of a contraceptive computer chip being developed that can be turned on and off by remote control.

According to BBC News Technology, the computer chip is implanted under a woman's skin, releasing a small dose of the hormone levonorgestrel every day for 16 years. But by means of a wireless remote control it can be turned off and on at any time. It will be submitted for pre-clinical testing next year.

“Tiny reservoirs of the hormone are stored on a 1.5cm-wide microchip within the device,” the BBC stated. “A small electric charge melts an ultra-thin seal around the levonorgestrel, releasing the 30 microgram dose into the body.”

Think of what this could mean for governments. China would no longer need the village family planning officer to police who is getting pregnant. Home visits with her remote control would allow women with official permission to have their fertility returned by having their chips switched off. Likewise, those other potential lawbreakers seeking pregnancy at the risk of a forced abortion or hefty fine, could simply be kept infertile by remote control.

The article noted that this innovation comes at a time when governments and organizations around the world have agreed to try to bring family planning to around 120 million more women by 2020. Because, after all, women need that extra push to stop procreating. And who cares if contraceptive hormones have been classified as a Type 1 carcinogen according to a 2005 report released by the World Health Organization? Women should care since doctors keep prescribing it as if there was an actual War on Women, promoting a once-a-day poison in the quest for sterile sex.

When Pope Paul VI released Humanae Vitae in 1968, he understood that contraception would usher in a real war on women, making them seen as objects for pleasure, increasing divorce and lowering the moral standards of society. "The transmission of human life is a most serious role in which married people collaborate freely and responsibly with God the Creator," Pope Paul wrote. “Human sexuality cannot be totally cut off from the possibility of procreation and the mission to which married men and women are called toward God, themselves, their families and human society."

Through working with the natural cycles, using self-discipline and chastity, couples live in union with God’s plan. Compare that to union with a remote control. Rather than understanding that sex and the potential for life go together like love and marriage, this new technology will help people believe that they, not God, should call the shots.

Think of the potential bonanza for lawyers that make a living off of disgruntled consumers.

“Your honor, my client believes someone clicked off her birth control. She recalls seeing someone point a remote at her during a New Year’s party.”

“I was told my birth control would last 16 years and it’s only been 15 ½! Who is going to pay for this child’s college education if I choose to let it be born?”

“We planned to have a child by now but how were we to know that our remote control needed new batteries?”

“My ex took the remote with him when he left and I believe he switched off my birth control out of revenge.”

Oh, the world and it’s inventions. And pleasures. And inventions to clear the way for unencumbered pleasures. Technology is making sin so much easier. Who would have guessed that in just a few short years, sterile sex will be accomplished with just the touch of a button?