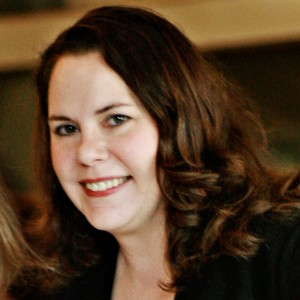 Editor's note: Today, we welcome new contributor Terri Duhon to our CatholicMom.com family. Terri blogs at Loaves and Fishes and shares her delectable treats at The Pie Belle. Terri, we're thrilled to have the opportunity to enjoy your writing! LMH

My mama had issues with Christmas and those issues affected me and helped me develop my own issues with Christmas.   For me, memories of Christmas and Mama can never be separated.    It was our special time to plan and execute our decorating schemes and in each other, we found that other person who could truly appreciate the beauty and efforts of our finished work.   It was a magical time and Christmas day was the only day my dad ever let there be a real break from work; not even Easter had that distinction in our home.

After my brother Greg was born, medically fragile and with major health issues, Christmas was a stressful time for Mama.   With Daddy still in graduate school and medical bills, there was not enough money for the extras of Christmas.   She felt terribly guilty about that.   Then she felt guilty that my sister was able to enjoy her gifts while Greg wasn't able to respond to most of his toys.   Then she felt guilty about feeling guilty about that.   When Daddy became a full professor and they no longer had debt, she seemed determined to make up for all those Christmases 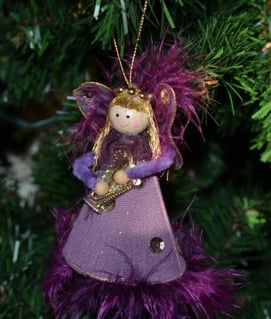 Since I did not grow up Catholic, I did not observe Advent. For me, Advent only meant a little calendar for counting the days until Christmas day. I doubt we would have even had the calendar if Mama had known it was one of those "Catholic things."   When we moved to Natchitoches, Louisiana, nicknamed the City of Lights, during my senior year of high school, Mama and I began decorating Thanksgiving Day.  It was the only way we could put up three full-size trees and many miniature ones, each decorated according to a theme, in addition to the outdoor decorations, before Christmas Festival weekend.  We emptied all our built-ins in the den and filled them with little vignettes using our ornaments from different collectible series.   Mama started collecting ornaments in 1976 and the yearly wish-book and day-after-Christmas-sales figure prominently in my Christmas memories.

Then, I married a man whose enthusiasm for Christmas decorations matched ours.   Mama began buying us ornaments and decorations and by the time our oldest was born, we had almost twenty large plastic bins of decorations, in addition to those that were too bulky for the bins.   Our huge walk-in closet in our apartment was full of only Christmas items!   Our oldest was born on Dec. 1 and I had our rental house fully decorated, including three theme trees.

As we continued to delve deeper into our Catholic faith, we began to feel that Christmas had lost its true meaning for us.   We had several garage sales and got rid of bins of decorations.   We began to wait to decorate our tree until Gaudete Sunday.   We made a Jesse tree and our Advent wreath and empty manger were the focus of our decorations.  It made for a much nicer, less stressful Christmas which allowed us to focus on preparing our hearts for the Christ child.

Then came the year that I decided to "really" observe Advent, not even buying presents until two weeks before Christmas.   No Christmas music, because it wasn’t really Christmas yet!   No Grinch, Charlie Brown (even though it has the nativity as its focus), Scrooge, or any other videos because it wasn’t  really Christmas yet.   Only angels and nativity decorations out!   My poor husband’s Grinch collection was eyed as if it were the source of all that was evil.    Our oldest child’s first Christmas was our last with Mama.   I am ashamed to admit how horrified I was by the abundance of presents she bought her grandchild.   I would surely have to fix that in the future was my thought--my judgment.   I had no idea Mama would die only nine months later.   A grandmother's generosity and love for seasonal decorating no longer seem like much of a problem now.

What a miserable, stressed-out Christmas that was for us!

Even though I grew up in a secular home, Christmas was the one time Jesus was mentioned, particularly by my father--in Christmas carols and oddly enough, reminders from him --as to "What Christmas Is Really About."   Somehow, I still knew what--and Whom--Christmas was about with those meager glimpses at home and especially what was shared with me by Christian friends.   You can find my letters to Baby Jesus in my second grade diary and in my notes to Santa, I mentioned the poor of the world and that most special Babe in the Manger.   You see, Jesus is bigger than Christmas, and as Christ-centered as it's made, the season can't contain Him.

So, we're still finding our way in terms of Christmas and Advent.    Our mantle will be decorated the first week of December and our tree will probably make its appearance before Gaudete Sunday.   It's because our joy for the season of Christ's birth can't be contained.   It's bigger than the calendar.   Christmas is not about the food, decorations, and presents.   But focusing on them is focusing on them, whatever the intent.    I was more miserable focusing on the avoidance of them.   For our family, our way through Advent and Christmas is about finding the balance that honors the Christ Child, our Messiah, born to lead us out of darkness, and still preserves our precious memories of the past.  Having lost both sets of parents, those memories, including the secular ones, are precious and hold greater meaning than ever for us.

For those who truly carry Him within themselves, as their constant personal companion, share Him with those who have heard little or nothing of Him.   They do so with their joyful hearts and willing hands.   It is done by those in homes festooned to the brim, trees trimmed before December and it is done by those with quiet, bare hearths that await the glories of seasonal decor during the final days and hours before Christmas day.

Maybe by the time the kids are grown, we'll have it all figured out.  Then, they can analyze and change their holiday practices.   Or, hopefully, they'll be so joy-filled that their mother's over-analyzing won't have a place in their happy homes and/or monasteries/seminaries/rectories.