Editor’s note: Today, I’m very happy to continue our series of blog posts being shared by the United States Council of Catholic Bishops for the Year of Faith. We thank the USCCB for making this post available for our readers. LMH

Welcome to one of the series of blogs on the Second Vatican Council. Each piece reviews one of the 16 documents produced by the Council Fathers during the extraordinary occasion in Church history. Vatican II, which drew together the world’s bishops, opened fifty years ago in St. Peter’s Basilica, October 11, 1962. 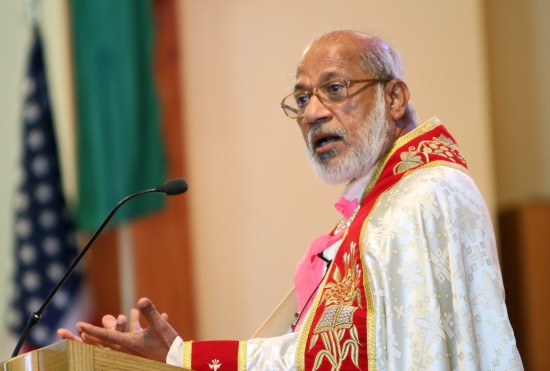 The status of these churches was unclear for a long time. Many equated the Catholic Church with the great Latin tradition that grew up in Western Europe, centered on Rome. These Easterners followed traditions that sometimes differed in significant ways from the Latin one. The question arose whether Eastern Catholics are on an equal footing with the Latin Catholics. Many Catholics thought that they were not. In fact, in 1742 Pope Benedict XIV had written an encyclical that referred to the “superiority” and “pre-eminence” of the Latin rite even while encouraging Eastern Catholics to remain faithful to their venerable traditions.

The Council Fathers at Vatican II addressed this situation and the result was the Decree Orientalium Ecclesiarum (Of Eastern Churches),which was approved on November 21, 1964. The decree defines the most significant teachings and guides the relationships of the Churches.

First, the decree firmly teaches that in the Catholic Church all the various traditions of East and West are “of equal dignity,” and that “none of them is superior to the others.” Thus there is no connection between the number of people who adhere to a particular tradition and that tradition’s worth or value. All of these traditions, the council says, are part of the heritage of the universal Church.

The document also focuses on the role of the Patriarchs that head six of the Eastern Catholic Churches, and calls for a reestablishment of the rights and privileges they held in the first millennium. This means that the Patriarchs would now have a higher level of autonomy, and that, for example, they along with their Holy Synods could now establish new dioceses and nominate their own bishops within their own territory. This is now the standard practice within those churches.

The decree treats sacramental questions. Unlike the Latin practice of restricting the conferral of Confirmation to bishops, Eastern Catholic priests could now normally confer this sacrament, in accordance with the ancient traditions. The document also calls for the restoration of the permanent diaconate in the Eastern Catholic Churches, and states that when a Catholic marries an Orthodox Christian in an Orthodox ceremony the marriage is valid, but permission from the Catholic bishop is necessary only for lawfulness.

The text encourages the Eastern Catholics to engage in dialogue with the local Orthodox Churches to agree on a common date for the celebration of Easter, even if it will differ from the date Catholics use. Catholics in Greece, for instance, now celebrate Easter on the Orthodox calendar.

In general, the document urges Eastern Catholics to engage their Orthodox counterparts in a spirit of ecumenical openness and respect. It reasserts Catholic teaching that the Orthodox churches have valid sacraments, and that sacramental sharing with them is possible in many circumstances.

Orientalium Ecclesiarum clarified the place that Eastern Catholics have within the Catholic Church. It has had many implications for the lives of the Eastern Catholic Churches, which today are more faithful witnesses to the ancient Eastern traditions than they were before. There are still issues to be worked out, such as the place of married clergy in these churches, but the teaching and canon law of the Catholic Church affirms the value and authenticity of their traditions.

Archbishop William C. Skurla heads the Archeparchy of Pittsburgh and head of the Byzantine Catholic (Ruthenian) Metropolitan Church in Pittsburgh.