No More -- A Call to Disarm 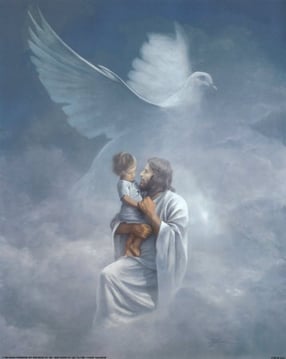 Last Friday morning, December 14, 2012, I crossed a grotesque threshold.  I became a mother who knows another mother who lost a child to school gun violence. I met her ten years ago when I dated her husband’s brother, and can still remember her warmth and radiance.  She was a new bride, with a life and heart full of dreams and promise. On Friday, I pictured her as she stood in a firehouse in Newtown, Connecticut and learned that she would never see her six year old daughter alive again.  Our nation, too, crossed yet another grotesque threshold, when a reportedly mentally ill 20 year old killed his mother with her own gun in their own home, and then massacred 20 children and their six educators in a nearby elementary school; again, he used several of the multiple guns his mother owned, including a military assault rifle legally owned and registered.

Like every mother, every parent, I wept when I heard the news and for most of the day and past weekend. My own two boys are almost 6, the same age of many of the victims, and I thought of their own vulnerability. The sorrow has sickened me.  But make no mistake, I am also angry.  I am angry that it happened and perhaps even angrier about the hollow “what can you do?” response that seems to echo after each of these gun tragedies. In the face of the murder of 20 children at school, it is unacceptable and immoral to simply throw our hands up and proclaim that this is an inevitable part of the world in which we live, chalking it up to a lack of personal responsibility. That is nonsense and it is offensive. Moreover, it is beyond disingenuous to state that regulating guns is not part of the solution. I am maddened by the widespread unwillingness to accept the plain truth that, but for access to these weapons of mass destruction, these tragedies would not unfold as they do.

Jesus Christ died for justice, and it is a desperate day for our nation, world, and faith when we let our children die because of our own unwillingness to engage in an uncomfortable fight for justice. It is simply not enough to be sad or heartbroken. As Catholics, where is our sense of outrage? Do we reserve it only for our protests against abortion and protection of the unborn?  What about the “born” and, particularly, the 20 tender souls in Newtown? Catholics protest outside abortion clinics notwithstanding that the law of the land permits abortion.  Why no protests outside the local Kmart, for example, where they sell the guns that slaughter our children? Is it because the 2nd Amendment ostensibly grants what we presume to be an unconditional right to own guns (for no real reason other than the fact that we want them)?  “Don’t politicize the tragedy,” many have scolded. If those are the answers, then welcome to the slippery slope of selective morality and inconsistent ideology. And remember that the next time you argue that politics and theology can and should coexist when it comes to the right to life.

In fact, the freedom to bear arms has become the license to kill. How am I or my children any freer (or safer) when I look over my shoulder when I leave them at their school, wondering whether I will see them again?  Are my children “free” when they are forced to crouch under a window in a dark, locked classroom as they practice “lockdown drills” with a Crucifix hanging on their classroom wall.  It’s an obscene image, isn’t it? Aren’t we embarrassed to boast that we are “one nation under God” and hold ourselves out to the world as a paragon of civility? Did the pictures on television on Friday morning look civilized or Godly to you? We worry and rail about foreign incursions and enemies in our midst. Take a good look around you.  The enemy can be found and purchased in the same place you buy your children’s clothes and toys, and by people who suffer from untreated mental illness.  Contemplate that for a moment, and resist the righteous urge to blame those who are sick and carry out these heinous crimes. It does not absolve us from culpability. We enable them when we marginalize and arm them notwithstanding our belief that we possess a superior moral constitution. The gun policies in this country do not support a culture of life, and as Catholics that should trouble us deeply and move us to action. Period.

One of the Newtown teachers who saved the children in her first grade class by locking them all in a bathroom talked in an interview about how she thought she and the children were going to die.  She recounted telling the children how much she loved them because she thought it was important that they hear that someone loved them in that moment when their death seemed imminent. God bless her, and shame on us for putting her in that predicament.  That’s right. Shame on us.

If we love our children, we will do something. It is not the time to stick to our guns. It is time to give them up.