Every five minutes, it seems there's yet another study discussing how computers and social sites are warping our brains, and even literally reprogramming our brains (take this, for example). While I have distinct problems with these theories, I have to admit that there are some phenomena that go a little strange with society hits technology. 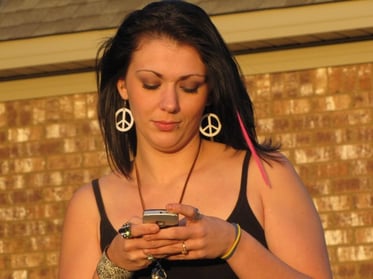 No one, for example, bothers with having a thought. You know what those are, right? Thoughts. The datastream in your head that more or less comes out in complete sentences, without texting shorthand. Nowadays, most people seem to speak in 140 characters, or less, and they think that's enough to convey all they mean.

Take a friend of mine. He was an atheist, but when you called him on the carpet, or threw a net over him, he was down to earth and a nice fellow. They he started posting about Evil Right-Wingers, and the even more vile Catholics. Oh, how horrible they all are!

As you can imagine, I wasn't having fun at that particular moment with him, and I made a few jokes. Nothing particularly mean, and nowhere near as crude as he put things, but I thought I could get my point across and run.

My "friend's" defense? "It's social media." Like with Twitter and texts, everyone speaks in sound-bites, so everyone is therefore encouraged to make the biggest, boldest, brashest statement imaginable. If one comes off as the biggest schmuck in the room, well then, “it’s just social media.”

If Facebook is to make sociopaths of us all, then there's a bit of a problem. There’s a reason I de-friended a small horde this election cycle.

Another, completely different friend also complained about getting sucked into conversations with deeply emotionally invested fans of science fiction shows. She would get into the chats, start out civil, and find herself going slowly more and more angry and loud as the conversations went on.

So, it’s obvious that the internet has a negative effect on civility. What can we, as Catholics, do about it?

The answer is simple – walk away. Why? It’s simple. Luke 9:5. They aren’t welcoming you, they aren’t being civil, and not even trying. Shake the dust from your sandals, and get out of the chat room.

Because the internet is a very large place that occasionally looks like a psych ward. And if you play too long with the inmates, they lock you in the asylum. You can see what this sort of thing does to them. Can you see what it does to you?