Every few years (or every few months, depending), there is someone out there who spends a lot of time and energy trying the place the blame of the world’s ills on video games.

“Oh no! Video games are violent and will warp the brains of poor little children! We must ban / control / destroy them!”  Didn’t you hear? “Studies show” that video games turn your kids into werewolves, or some such nonsense. I suspect these are the same people who declared that “90% of Catholic women use contraceptives!” If you believe that one, I’ve got a Bridge in Brooklyn to sell you if you like.

If one were to believe this incredibly stupid theory, I should be a mass murderer. I have been killing turtles with fireballs since I was eight-years-old and the game was Super Mario Brothers.

The amount of aliens I’ve slaughtered in the science fiction war story Halo easily number in the hundreds, if not the thousands. Mysteriously, I manage to go to Mass every Sunday and eight holy days a year, and other strange and abhorrent things in this society – like believe most, if not all, of your standard Baltimore Catechism (I put in “most“ because I skimmed it a little).

Now there are modern games that deal with much more mature themes.  The premise of the Hitman series is obvious by the title, but they are mostly a matter of, well, murder puzzles. Think of it as playing through an episode of Columbo from the murderer’s perspective.  I’ve played it, using it mostly as a thought exercise before I go back to writing my novels.

The Mass Effect series is one that combines an epic storyline (violence) with the option for a love story (sex), but with surprising amount of character thrown in for fun. For the most part, that last bit is the real fun for players.

It is, at its core, amoral when it comes to the romantic aspects – in this case, it’s a moral as you allow it to be. That actually caused a bit of a stir a while ago, with religious groups condemning the game for allowing same-sex relationships.  The response from the game designers was simple: If you don’t like that option, don’t play that option, have a nice day. The entire premise behind the series is that the whole universe is dictated by the player’s actions, where you can show apathy, interest, or utter disdain. 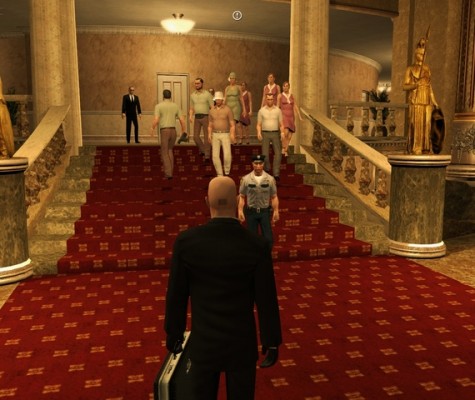 Half of Hitman is going from point A to point B without being seen.

As I said, I’ve played these games, and I have yet to turn into a sexual deviant or a mass murderer. Much like the cave in The Empire Strikes Back, the effects of videos games rely mostly on what you bring with you.

Games like Mass Effect and Hitman cannot affect young children without the parents’ knowledge. Why? Because there are ratings systems, and no video game store will sell a game rated M for mature without a valid ID.  If there are parents stupid enough to buy a video game without reading it, there’s a problem with the parents, not necessarily the games themselves. 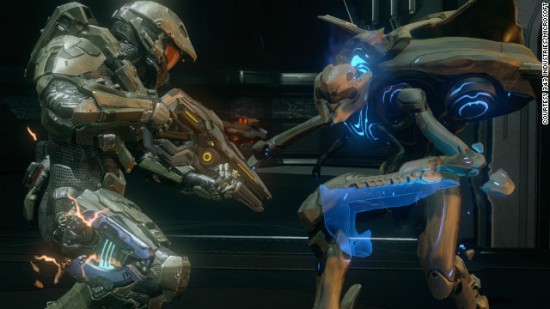 In Halo 4, a human in a battle suit fights "aliens" who don't even have blood spatter. They disintegrate.

Are there video games that are too violent? Sure. Look at a recent Mortal Kombatgame, if you have a strong stomach and don’t mind people being decapitated or cut in half. But I’m not that big into horror movies either. Are there games that focus too much on sex? I’ve heard that they exist, but I think they’re only available in Japanese.

In short, what’s a good Catholic stance on video games? Answer: they’re just video games. They are what you make of them – and if you don’t like the content, don’t buy them. Lighten up.