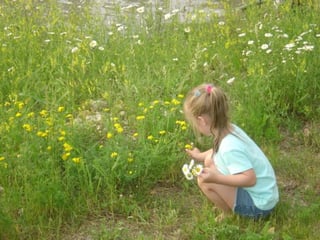 Once that mesmerizing bejeweled ball drops in Times Square, New Year’s hugs, kisses, and unwavering resolutions are exchanged from one end of the country to the other.  Champagne toasts are giddily declared as well intending folks across the world embark on what they hope will be their best year yet.

Can I just say I’m not going there this year—absolutely not!  Instead of banging out a list of my usual culprits that could use a little improvement:  Eat healthier, weigh less, find my true purpose, sell custom-made wonder girdles to help pay for 8 college funds, learn to play a classy instrument like a viola or the harp, and finally—mastering the fine art of clipping our Pomeranian’s nails so that we don’t succumb to one more unraveled sweater, scatter rug, or chenille throw disaster, I have committed instead to living like a child.

I can’t tell you how many times I’ve heard my own kids and some of their friends prattle on about how they can’t wait to be all grown up so they can enjoy the freedom of things like driving, having their own checking account, being allowed to eat whatever they want to for dinner, and of course never being bored again, because grownups can do anything they want, anytime they like for fun.

Don’t think for a second that I’m going to squash those dreams by telling them the truth about adulthood.  All that driving they see us doing—that’s because they’re in the backseat and being driven to their “fun” sports and extracurricular activities, in addition to those super exciting stops we make to the grocery store, the orthodontist, the town hall to pay a tax bill, and of course, the bank—where we deposit our hard earned bucks into those riveting checking accounts that they yearn to have.

And in response to us grownups having the freedom to do anything we want, anytime we want I’d like to thank my children for this observation because this is exactly why my only resolution for 2013 is to live like a child, not an adult.

1.   I want to save money.   My kids save all of their money, especially when they earn it by cleaning the three toilets in our house, de-gunking the dishwasher blades because they forget to rinse the dishes before loading, scraping the layers of sludge off the ceiling fans because their mother doesn’t have the time to even attempt such a feat, and matching socks from the pile we have on display as a result of the ten pair of feet that reside in our humble homestead.

They just happily collect cold hard cash and stick it in their piggy banks which, because of the stubbornly tight fit of that little rubber stopper, they never bother emptying it!   Their money stays safe and sound.  My daughter that just went to college this year finally emptied her bank—guess how much she saved in the past 7 plus years—go ahead, guess!  $3, 468.12—and this doesn’t include what she saved in her “big girl” bank account here in town!

2.  I want to eat less.    If I eat like my kids, my weight problems will be solved.   Smaller plates, smaller portions, and a giant, but loving, mom watching over me to make sure sweets are well out of reach, and I eat any and all fruits and vegetables.  Also, kid meals come with a drink (Pinot Grigio please) and a toy!  Now that’s my kind of fine dining!

3. I want to exercise more.    My children run themselves ragged every single day, from morning until night!  Add our two dogs to the mix and they’re all just running circles around the house, from the kitchen to the living room to the dining room, chasing each other until they fall to the ground laughing hysterically—just because!  Now that’s living a healthy life, and I want in!

4. I want to be happy, live life, love freely.   Children are the epitome of happiness.   The week before Christmas I decided to wrap some joke gifts for the entire family, including my husband and inlaws.  I wrapped up silly things like new underwear with characters of SpongeBob, Dora the Explorer, and even found boxer shorts for adults with Scooby Doo and Bugs Bunny.  As an added bonus I threw in toilet paper that I found at the Dollar Store that had nutcrackers and Christmas trees on each 1/2-ply roll!  When they opened them, all I heard was, “Yahoo—underwear!  Thanks mom—this toilet paper is awesome, and lots and lots of contagious laughter and giggling!  (I even bought some for my mother and father ’n law, which thankfully, went over well!)

That is the kind of happiness I want to embrace in the upcoming New Year!  Sure I want to be healthier, more financially responsible, and a bit more goal oriented than in years past, but I also want to know what a true belly laugh feels like after receiving something as silly as Wilma Flintstone briefs that I can show up wearing at the gym only to give the other women in the locker room a much needed laugh to lighten up their crazy, overscheduled days.

I’m not sure how this will all unfold throughout the New Year, but if I strive to add more childlike playfulness to my days, I know I won’t be disappointed when the scale doesn’t go down as much as I’d like!  Welcome 2013—I’m ready to live like a kid again!