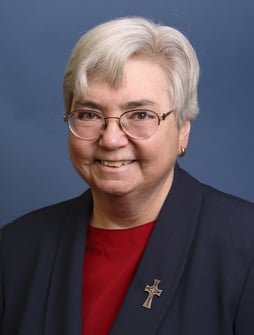 Catholic schools are in vogue. Proof: You can buy a Catholic school uniform for an American Girl doll. In your favorite plaid. You can find them for Barbie too. All the best dressed dolls are sporting them. They’re $25-$30 online.

However, though the dolls are going traditional, the Catholic schools are not. Catholic Schools are in transition mode.

National Catholic Educational Association’s latest statistics for the 2011-2012 academic year note that nationwide there are 6,841 Catholic Schools: 5,636 elementary/middle and 1,205 secondary. More than 26 percent of them, 1,822 Catholic schools, have waiting lists for admission. Total school student enrollment is 2,031,455, with 1,440,572 in elementary/middle schools and 590,883 in secondary schools. Most students are Catholic, but more than 15 percent are not.

The schools have a long history – St. Elizabeth Ann Seton, founder of the Catholic schools, opened her first school in Baltimore in 1808. Today’s schools are a far cry from then.

The need to work to attract students is one reason. Years ago Catholic schools didn’t recruit. Students came from the parish in which they were located. Now with Mass attendance down, many families don’t see the parish school and do not automatically think local Catholic school. Schools no longer expect the nearby parish to underwrite them, though some parishes do to an extent. Now Catholic schools must market – sell themselves as never before. Catholic elementary schools are adopting practices once reserved for high school and higher education. Enrollment management and advancement practices such as annual giving programs are being introduced to let schools plan and manage resources responsibly.

Finances are but one concern, however. The more important questions address the why of Catholic education. In our pluralistic society, intentional efforts must go to creating an environment that stresses not just the three Rs plus religion, but also respect for the human person and the goal of eternity.

Religious values are real. One mother told me that a boy in her daughter’s class had cancer. He was dying and the children prayed for him every day. She liked that her child was learning to deal with one of life’s realities and to bring concerns to Jesus.

Another mother told of her four-year-old’s experience. On the first day of pre-school he was reflective throughout lunch. Finally he confided, “You know, Mom, you can trust God.” Then he sang about trust in God, a ditty he’d just learned. The message will do him well for life.

Today, school backers know that the common elements of a successful Catholic school include a strong Catholic identity, clear doctrinal teaching and sacramental focus, mission driven decision-making, a strong, vision-oriented administrator and faculty, active parent involvement, focused academic curriculum and an emphasis on community involvement. Soon another measure of success will be how schools provide Catholic education for the Hispanic community and otherwise support the nation’s new families and immigrants.

Decades ago Catholic schools moved children of immigrants up the social ladder through education. The schools started as an alternative to public schools that promoted Protestantism. Today they provide a different form of alternative education, giving parents at all economic levels a choice to send their children to a school that is right for that child, academically excellent and supportive of the faith for which the school exists.

Sister Mary Ann Walsh is a member of the Northeast Community of the Sisters of Mercy of the Americas and Director of Media Relations for the U.S. Conference of Catholic Bishops.