Phrases That I Hope Go Unmentioned at My Funeral 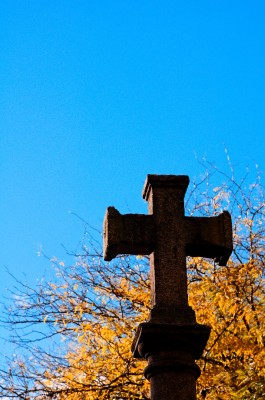 Phrases That I Hope Go Unmentioned at My Funeral

No, no, I’m not planning on dying anytime soon.  However, another birthday is just around the corner for me.  So…tick, tick, tick.  We don’t know the day or the hour, just that we’re getting closer with every passing year.

Here’s a list of cheesy funeral phrases I know I’m guilty of using but which I hope won’t feature at all when my time comes.

“I wish I had known her.” I hate this one.  It’s the quintessential, empty regret statement of the universe.  Better not to utter it, ever.

Why?  Because if anyone really wanted to get to know someone, they would have made the effort.  Are we not all online?  Plus if you’re at my funeral and didn’t really know me it suggests that you’re only there for the food.

I also wish people wouldn’t bother fretting about not “knowing” someone.  In my case, chances are, if someone never ‘knew’ me personally, then I probably never got the chance to know them that well either. This ‘life’ thing tends to keep people occupied.   So don’t worry about it.  You didn’t know me and I didn’t know you. You’re off the hook, enjoy the reception.

Seriously, though, I find this an incredibly droll statement.  That, and, as long as I’ve lived, the one thing I’ve learned is that life is full of deaths. That might sound terrible at first, but actually, upon second glance, it can be rather fun.  Let me explain.

Death has saturated my life most especially lately.  Death to self, I mean. Finishing my master’s degree, maintaining a career with a nice retirement plan, a waistline, and even homeownership; at some point I’ve had to bury those ideas I coveted for so long with a heavy heap of fertilizer called ‘reality.’  Interestingly, life still goes on.

In fact it ‘goes on’ in a major way: through my children. They alone are the greatest testaments I have to a life fully lived.  Therefore, if anyone says that I was “full of life,” let it be because my life was full of children, and little else more.  Otherwise, please know that my life is not full of life so much as it is one that is ripe with several very timely and highly entertaining deaths.

“She was a friend to many.” Let’s be honest.    She (me) was mostly too buried under the demands of daily life to befriend and stay in close touch with people.

However, when I am remembered, I hope it is said of me that I did pray, think well of, and wish good things upon others.  I hope this counts for something to someone, but even if it doesn’t, I’ve made my peace with that too.

“She was a friend of God.” Rubbish. If I was truly His friend, then I was a terribly poor friend much of the time.  It is still far more accurate to say that God was a good a friend to me somehow never gave up asking me to be a better friend to Him.

More than a friend, however, God has been a Father to me.

I’ve spent most of my life with Him on an intimate basis, and aside from my husband, I have lived with no other friend.   And so I’d rather people said “’She was a daughter of God,” or, “She was his faithful one,” or even, “She was an idiot who He loved,” before they assumed I was anything close to a true friend to the Almighty.

Then, if there is anything salvageable from my life in the way of true goodness, please give Him the credit and simply say, “God did that.”  Trust me, it’s all to His credit, anyway.

“We know she’s in heaven.” Shoot. Me. Now. Look, man, I appreciate the sentiment.  Truly I do, but admit it.  You have absolutely no idea where my soul is going.  Whenever I’ve heard people say this at funerals, I’ve always felt like it’s more just wishful thinking for where their own soul may one day go.

Chances are, if I’ve been charitable, faithful and pure I will get there...eventually. Hell can’t touch people like that.  It might take a century or two in purgatory, before finally making my way to the Pearly gates, but  c’est la vie! Or C’est la mort, whatever.  But getting to heaven straight away?  Let’s hope and not say we know.

So there you go. Instead of any of the above morose tautologies, at my wake, I’d love if more folks said something to the effect of,   “From her life I’ve learned to be more [insert heroic virtue here],” At least, perhaps they’ll get the full statement out before they chortle and cough up their wine. That is a far more productive statement, and more aligned with my immediate hopes for mine and their eternal salvation anyway.

I don’t mean to be so hard to please when it comes to what is said about me when I’d dead, but I’ve been to enough funerals of lapsed Catholics to not want to get lumped into the flowery-language-to-compensate-for-their-lifetime-of-dissent category.

Seriously, say a rosary for me, think of me, and find out what it is God is calling you to do.  That’s what we’ll all be remembered for anyway.  Not so much what we wanted to do, but what He wanted us to do so that finally, it won’t matter what others say about you, whether you are here or whether you are gone.

My Love Is Strong
Read
Togather: A Fruitful Mealtime Game for Busy Families
Read
Does Contraception Have a Place in Christian Relief Work?
Read