Editor's note: I would like to express condolences to Roxane and her entire family as they say goodbye to her father. Roxane, you are in our prayers as we pray additionally for the repose of your father's soul. LMH 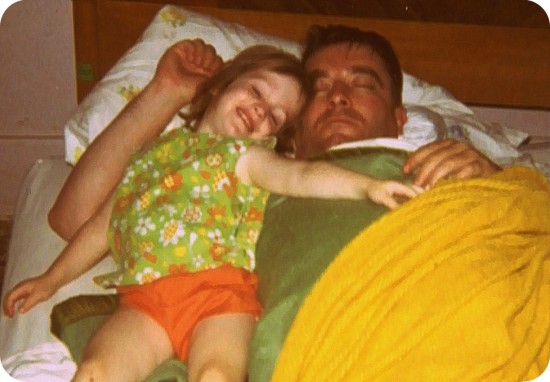 Roxane with her father in 1973

My father died early last Friday morning, just a few minutes after midnight. My sister and I were privileged to be with him, helping him make his way back to the others who love him dearly.

The night prior to his passing, I'd traveled three hours to the North Dakota hospital where he'd been since the day before Thanksgiving, and arrived ready to do what needed to be done to show him love while I still could. It was just the four of us -- Mom, Dad my only sibling, Camille, and I -- experiencing a very heart-wrenching yet peaceful, joy-filled time together.

Not long after I arrived, Camille mentioned our duet of old, figuring I'd bring it up at some point if she didn't. "I was sort of hoping we might sing it again for Dad," I said, confirming her thoughts. And so, just before she left for the evening, we drew near our father, who was by then unable to talk or even open his eyes, and sang "Let Not Your Heart Be Troubled" by Robert Franz with words from John 14:1:

The songs continued from there. On my phone I found lyrics to one my father sang to me years ago, a tune called "Sparrow in the Treetop," and sang it to him the following morning. I also played some Christmas music I know he would have appreciated, and shared a couple other songs from YouTube that he'd taught me years ago -- "Underneath the Arches," "Bicycle Built for Two," and "Poor Little Robin, Walkin' to Missouri." 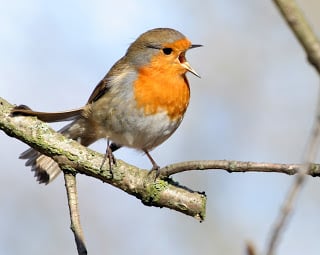 I guess I wanted Dad to go out with a song in his heart. It was he who first taught us to appreciate music, after all. Both my sister and I have followed musical paths; we did not forsake what he'd given us in those earliest years through his love of a good tune.

My father's funeral Mass on Tuesday at the Cathedral of the Holy Spirit in Bismarck, N.D., where my parents married in 1965, will remain a precious memory to me for a long time to come. My mother, a trained lector, offered to do a reading, and rather than hire extra musicians to sing and play for the Mass, my sister and I raised our hands. It was breathtaking to hear the "Ave Maria" by flute resounding through the sanctuary during final goodbyes. After processing up with the rest of our family, I served as cantor and we both sang or played throughout the service.

It wasn't without effort, though well spent in our minds. In the 24 or so hours leading up to the Mass, Camille had begun an intent search for piano music for our duet, checking by Internet and calling local piano stores, but came up short. Finally we surrendered. "Well, we've sung it without the piano all these years. We'll just have to do it a cappella again," we decided.  However, God had other plans, and in the nick of time the music appeared. The pianist whipped it into shape, and we were able to share, again, this gift with Dad and those who had gathered to mourn his passing.

At some point in those fleeting days with Dad, I shared with my sister this realization: "To think we started practicing this song all those years ago, all in preparation for this moment."

It was a powerful thought that back around 1984 we'd happened upon this particular song, unknowing then what an unparalleled gift of love it would be for our father and family so many years later.

Throughout this process, as I felt deeply the gifts our father had passed on to us throughout his lifetime, another phrase kept tapping me on the shoulder as well: "It all comes around to love."

Indeed, it does. When even words fail, song comes through, and in this case, a song rich in love - a return back to Dad for the love and life he's given us.

To hear those songs Dad cherished earlier in his life, follow these links, and enjoy!