Why We Support Catholic Education

Around the country, the Catholic Church is celebrating Catholic Schools Week Jan. 27-Feb. 2. During the week, the USCCB blog will feature entries from people who reflect on how their lives were and are impacted by Catholic education. Today, Fran and Betty Contino share why they invest in Cristo Rey Jesuit High School in Baltimore, Maryland. 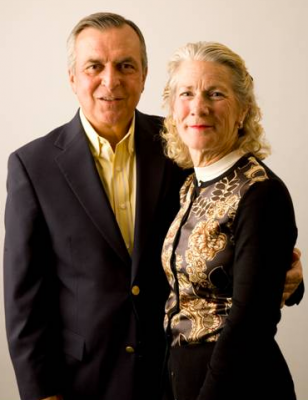 Fran: As a student of Our Lady of Pompei Parish School in Baltimore City’s Highlandtown community, I found inclusion and protection within the Catholic school. It gave me a sense of security that was enhanced at Calvert Hall College High School, where my life was permanently transformed academically and spiritually by the Christian Brothers. Knowing what I received from my Catholic education prompted me to become a backer of Cristo Rey Jesuit High School, a new Catholic college prep high school educating boys and girls from some of Baltimore City’s most challenged neighborhoods. The school is part of the Cristo Rey Network, comprised of 25 Catholic high schools across the country that prepare low-income, urban students for success in college through a rigorous program of high-quality academics and real-world work experience. We all need the sense of security that can be rooted in solid elementary and secondary school education. I wanted to help others find the secure comfort I found in Catholic schools.

Betty: I attended a Catholic elementary school and pretty much sailed through my public high school with good grades. I turned out okay, but the benefits of Catholic education became apparent only a few years ago when I became involved with children who had no way out of troubled environments. I saw what happened when they received a quality education in a protected atmosphere where they could focus and not sit tensely waiting for another bad shoe to drop. They found a sense of peace and accomplishment. From working with homeless people for about 15 years I came to realize the best way to assist children was through education, which seems like the only place kids can obtain an almost-level playing field.

Together: Our support for Catholic schools also comes from our belief in the power of God’s love. In the Catholic schools we find that God is not only acknowledged by the school but that children are encouraged to include Him in their lives. They learn beyond what the secular world offers— there are moral standards. The Ten Commandments are real, not fiction. This immeasurable benefit can provide a child with hope in times of uncertainty, a hope that lasts. Being surrounded with teachers and administrators who can freely reference the Bible and how it applies to daily life supports a child’s behavioral development. It is no secret that children want rules and boundaries. They need them to feel safe.

Catholic education holds out high standards for teachers and students; Catholic education goes way beyond the three R’s. It is transformational with change that begins in kindergarten. Catholic schools set youth on a path to become morally and spiritually strong, to respect others, to be of service and to become the best that they can be academically. They also help them to become role models of responsible and accountable citizens and ultimately, productive and contributing members of their local community and the world at large. This kind of formation occurs best in a Catholic school, especially for youth from disadvantaged and financially strapped communities. Cristo Rey schools help students to cope, strive and compete in the world about them. As we looked for ways to make a difference, contributing to a Catholic school became an obvious choice for us.

Fran and Betty Contino are members of the Catholic Community of St. Francis Xavier in Hunt Valley, Maryland. Fran serves on the board of trustees of Baltimore’s Cristo Rey Jesuit High School, and Betty is the leadership chair of Women’s Education Alliance, which provides scholarships to Catholic schools for disadvantaged children in Baltimore City.