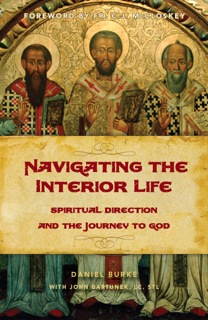 If you are faithfully Catholic, you are feeling the heat.  The spiritual battle is raging. Vices are masquerading as virtues and truth is being vilified.

The bigger picture it’s obvious--heaven vs. hell; God, his angels, and saints vs. the devil.  In the day-to-day however, lines blur and absolute truth often escapes us. There’s no question we want to one day be with God in heaven for all eternity, but getting there is a moment-by-moment journey, and as they say, the devil is in the details.

For Catholics seeking holiness, some tools are obvious—Mass, prayer and the sacraments. But it is the little things that can trip us up and leave us wondering: How can I do better to live a holier life?

In medicine, there is a cliché, “A doctor who treats himself has a fool for a patient.”  We lack objectivity when it comes to ourselves. To bring this example home in a sad and real way, my husband’s brother was a physician who did not have a personal doctor. He died of a heart attack two years ago at the age of fifty-two. In spite of getting regular exercise, he failed to realize that his arteries were blocking; gradually, without detection. Although he was a kind, compassionate, and highly intelligent man, objectivity for his own case escaped him.

As author Dan Burke describes it, we have blind spots when it comes to ourselves.  In his new book, Navigating the Interior Life, Spiritual Direction And the Journey to God, Burke begins by sharing an experience in Colorado’s Rocky Mountains. He was fly fishing alone. Having come across fresh mountain lion tracks, Burke carefully surveyed the surrounding terrain before turning his attention on the river that rushed through the canyon before him. That, after all, was where the fish were—the goal—and where he needed to put his attention.  Focusing on the goal clouded his ability to keep track of what was around him until a feeling of unease mounted and “with a teeth-bearing growl” he quickly hiked back to safety.

It is our blind spots that harbor spiritual attacks. ”The best among us work very hard to develop virtue and to avoid or eliminate sin, yet often have only a vague understanding of the fragile nature of our souls,” Burke writes. “Saints and sinners alike, we all have blind spots.”  He reminds us of Scripture’s warning:  “Be sober, be watchful. Your adversary the devil prowls around like a roaring lion, seeking someone to devour. Resist him, firm in faith” (1 Pet. 5:8-9).

Burke credits spiritual direction with forming him and keeping him on course. He is the Executive Director of and writer for EWTN’s National Catholic Register a regular co-host on Register Radio , and the co-founder of the blog, Roman Catholic Spiritual Direction that he began with Fr. John Bartunek.  He had hoped that at least a few people would stumble upon it. When thousands responded the first year and tens of thousands the second, and then, hundreds of thousands from 190 countries, he knew he had hit a nerve.  Clearly, there were many like himself seeking greater union with Christ.

Burke’s love for Jesus initially brought him to the Baptist church, and then after intense study of Scripture and the Church Fathers, he entered the Catholic Church. But the feast before him was daunting. There were so many spiritually rich ways to go. A wealth of written material offered information, but much of it had the potential to harm those unfamiliar with the Church’s teachings related to mystical and ascetical theology.  It is through spiritual direction that Burke says he made profound gains in his spiritual development.

What is Spiritual Direction?

Burke defines Spiritual Direction as a relationship between the Holy Spirit, the director, and the directee with the main focus being union with God. He points out that even Jesus put himself in the position of being born of the Blessed Mother and submitted to her care.  Scripture also shows that although Jesus revealed himself to St. Paul in a personal encounter on the way to Damascus, St. Paul was still told to receive spiritual direction from Ananias.

Navigating the Interior Life is personal in that it reaches our deepest most important self—the spiritual. It is a blueprint for seeking guidance and support, a compass to point the way, and is presented by a companion, walking alongside us on the journey.  Burke explains, “My hope is that this simple effort will provide a light on the path to the great, but often forgotten treasures that lie waiting for any heart who sincerely desires them.”

This week, we're giving away two copies of Navigating the Interior Life by Dan Burke - to enter, leave a comment below by midnight on Friday, February 15, 2013. Two winners will be randomly selected to win the book.

Order Navigating the Interior Life at Amazon and support CatholicMom.com with your purchase.

Update: Congratulations to our winners, Elizabeth and Patricia. Thanks to all who entered!