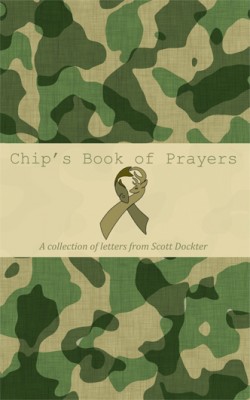 Chip Madren was a typical 14 year old boy until August 17, 2010 when Chip was diagnosed with Metastatic (spreading) Anaplastic (aggressive) Medulloblastoma (brain cancer). Within 72 hours of his diagnosis, Chip underwent two brain surgeries, an MRI and CT scans, followed by 14 days in PICU and several more months inpatient. “In the beginning of our nightmare, we were in crisis management. There was no time for the luxury of self-pity. Decisions had to be made and care had to be given.” said Lea Madren, mother of Chip Madren.

During this difficult time, Chip’s father, Ken Madren, sent out the family’s first and constant request to the community...Pray for Chip. “The experience of different prayers coming to us from different traditions has been fascinating. All of these prayers offered countless times in Chip’s name is why I believe we still have him today.” said Lea.

One family friend however, took this request to a new level, making it his mission to light a candle for Chip. During his travels, Scott Dockter began to seek out churches to light a candle for Chip. “It was the least I thought I could do to help my neighbor. What I didn’t realize was the places it would take me, the people I would meet, the sights I would see, and the joy that it would bring. Chip got better and I became reacquainted with prayer - what a gift!” expressed Scott Dockter. 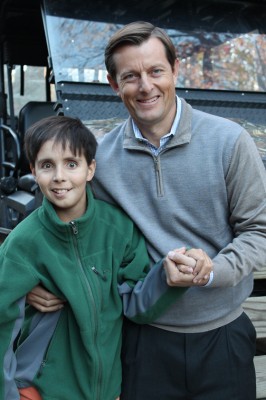 Every time Scott visited a church, he wrote a letter to Chip about his visit. Lea began reading these letters to Chip to make him feel better and help pass time. Later, Scott’s letters of encouragement were transformed into a book, Chip’s Book of Prayers.

“As you read Scott’s journey, let his mission touch your heart. It is living, breathing proof that the Holy Spirit is alive in this world and looking for hearts in need of mending”, said Lea. “Maybe it is your own heart. Maybe you can pray that your prayers mend the heart of someone you know, or even better, the heart of parents of the 46 children that today will hear the words, “Your child has CANCER.”

Chip’s Book of Prayers is available on the Chip’s Nation Pediatric Cancer Foundation website, www.chipnation.org for a minimum donation of $20.00. All proceeds from Chip’s Book of Prayers will go to Chip’s Pediatric Cancer Foundation to help support Chip’s Nation Outdoors Partnership program and the Family Support and Guidance Program.