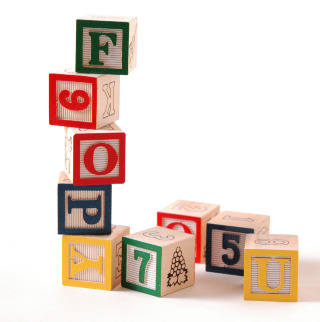 There is an old adage in homeschooling that says not to make any life-altering educational decisions in February. This time of year is the homeschooler’s valley of tears. A little more than halfway through the school year, stuck in the house most of the time, feeling painfully inadequate to the task at hand, it is easy to look at the local school and say “Yes, that would be better.”

Overall, I have been very happy with our homeschool journey these past five years. In addition, because my children were in school at one point, I don’t suffer as much from the “what if” syndrome as much as some others who have not walked that road. I know that path was not better for us. None of this is to say that I don’t have my moments of panic, especially now that my children are in middle school.

One of the main concerns I’ve always had in homeschooling my children is that they have friends. I don’t feel they need to spend six hours a day with people their own age, but they do need friends. We all do.

One of the reasons I ended up sending my children to school in the first place was that my efforts to connect with the local homeschooling group were unsuccessful. God has His timing perfect, though, and two years later when He sent me a very direct message that I should be homeschooling, those doors opened wide and I met a fabulous group of women and children with whom to share our homeschool life. My children have been blessed with great friends and so have I.

But, now that my children are getting older, their friendships seem destined for change. One of their best friends will most likely be attending middle school in the fall. Another might be, but if not now, will definitely be going to high school in two years. The future of a third remains uncertain. I realize that this is the age where friendships do normally change. However, when one is in traditional school, going to a new school for middle or high school means finding a whole new pool of potential friends. In this case, the friends are leaving with none to take their place. This is what worries me.

Recently, a bright shiny packet from a local charter middle/high school came in the mail. I had to admit as I looked it over that it was appealing. Maybe this would be a better way – a necessary way. I had my children look over the information and suggested that maybe we should go to an open house. They thought that would be great. I put it on the calendar and then I lived with and prayed about that decision for a few days. I literally felt ill. While I have always entertained the possibility of sending the boys to high school if they wanted to go, the thought of sending them now – to middle school - made me very uneasy. I am convinced that homeschooling is a better way for us and for my children’s needs – not only educationally, but socially as well.

A couple days later, the boys were having a school vs. homeschool conversation with another of their friends, a young lady who goes to traditional school. She was extolling the virtues of public school. My younger son came in and asked me, “Mom, what do you think is better – regular school or homeschooling?” I suggested we make a list.

Because I wanted them to own this decision, I asked them to come up with what they felt were the plusses of each educational choice. For homeschooling, they said that the ability to chew gum was important (this acts as a stress reliever for them – it has truly been such a help), they like being able to choose what to eat for lunch, fewer hours of school, breaks between subjects, the ability to go places in the middle of the school day, some choice over what to study, fewer tests, not having to leave the house early in the morning, fewer after-school assignments, and no bullies. For school, they thought that they would have more friends, no little brothers or sisters around (homeschooling with a toddler can be a challenge!) and more chance to join clubs or groups. In the final analysis, they decided that homeschooling won beyond a shadow of a doubt.

I felt very much at peace with that decision and so did they. We will no doubt revisit it in a few years. My older son, who has Aspergers, has little desire to go to traditional school, but my younger son has said he’d like to do one year of high school “just to see what it is like.” But, for now, our homeschooling journey continues and I’m going to trust that God will somehow provide the friends that they need.