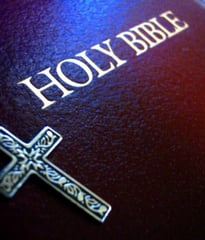 In a masterful story style, the author of II Kings gives us the full background that the Bible gives us on Naaman, a general in the Syrian (Aram) army.  He has a form of leprosy or a serious skin disease.  Elisha, the successor prophet to Elijah, is like his master a healing prophet.  A little girl who is servant to the king of Aram knows of Elisha’s healing power and wants her master Naaman to be healed.  The remarkable perspective of the story is that the poor of Adonai (Yahweh) are able to help the rich and the mighty.  Both the servants of Naaman and the little girl lead him to the miracle of being cleanses of his leprosy.  Bathing seven times in the Jordan brings this about.  What we learn from this legend is that the listening of Naaman, a Gentile, to a little Israelite leads to his healing.  The little and lowly ones show him that there is no God like the God of Israel and the God of Elisha.  The end of this successful short story shows the importance of monotheistic belief in the one true God of Israel. It also shows the importance of the land where God is to be worshipped, namely, Israel.

Jesus is taking this story in order to make a point of how to listen and to be healed. Unfortunately, those gathered around him take offense at his retelling of the Gentiles being healed. He is truly a prophet not received in his own hometown.  They say Thomas Aquinas was not listened to by his own community of brothers but the sisters in Naples welcomed him and learned much from the great saint and theologian.  He, too, was a prophetic voice of great ideas and reasoned theology that was often not accepted and even scrutinized.

A certain paranoia or parochialism can lead us to miss much of the workings of God in our lives and in our salvation history.  We must be listening to God like the people in the stories were.  If the powerful Naaman listened how much more should we who are followers of Christ listen to him as we learn more and more about him in the Scriptures and in our reflection upon them.