I don't want to unplug. I like my Facebook, blog, and Twitter-verse. But sometimes, it's too much, even for an aficionado like me. As I dash from one virtual destination to another, a vague sense of unrest begins to overtake me. 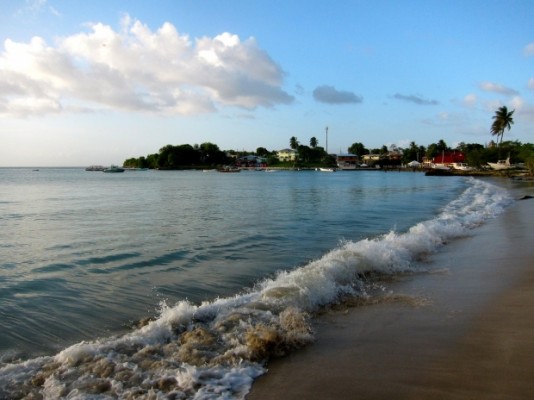 And so, when we discovered that the condo we'd rented at the beach no longer had Internet access, I had mixed feelings. I was on vacation, after all; was wireless access really necessary?

No, of course it wasn't necessary. But it's a convenience, and one we've gotten used to having.

My husband was very unhappy. He enjoys relaxing with books and movies - on his iPad - at the end of each day, and felt cheated by the unexpected loss of this option at a time when he could truly relax.

My daughter and I adjusted more easily. The 3G on our phones offered the opportunity for balance. We could keep up with the things we missed without spending our vacation glued to devices that kept us in touch with virtual realities and out of touch with each other.

Then one evening, we decided to take advantage of the free wireless available at the condo complex's office. We had an entire lounge to ourselves, and free wifi until the pavilion closed, a little less than an hour after our arrival.

Surprisingly, I didn't know where to begin. I sent off the email I'd written to my sister earlier in the week, then stared at the screen of my iPad, an array of apps before me, but none of them beckoning. I began an online game, then left it to finish later. I retrieved a half-finished blog entry and began working on it - offline. Hmm.

Seems that I'd managed to access all of what I'd needed and much of what I'd wanted using the 3G on my phone. Sure, I'd missed the larger screen and sharper resolution of my iPad, but maybe the vague sense of unrest had more to do with device overload than Internet overload.

Laptops, iPads, cell phones, Kindles - everyone in our family had at least one - each offering its own brand of virtual activity, with tremendous overlap, thanks to the helpful and mysterious iCloud.

So maybe quitting Internet cold turkey in the name of virtue or vacation isn't the answer. Maybe the adjustment has more to do with eliminating that overlap by refining my system, so I'm not constantly checking and re-checking, deleting and re-deleting the same emails on multiple devices. Maybe it's a matter of streamlining.

But that sounds like work, and as I write this, I am still on vacation, despite the fact that I won't be able to post it until I get home. So, if you'll excuse me, I'm going to abandon all devices and go back to reading the novel I packed - the old-fashioned kind, with a paperback cover.