The Single Most Important Factor in the Faith Lives of Kids 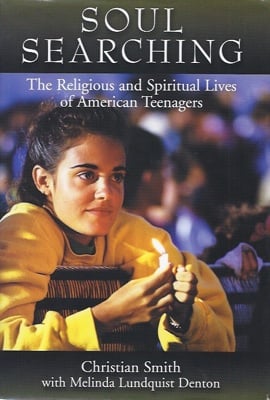 The Faith wasn’t that important when her kids were growing up.

She took them to church, but Catholicism wasn’t a driving factor...not like now. It seemed like there was never enough time. Between work, school, sports, and general busy-ness around the house…religion as a family came last or not at all.

But now she appreciates the Catholic Faith so much more. She goes to Bible study and daily Mass. She prays more and reads spiritual books. The Faith has come alive like it never did when she was younger. She knows it’s the right way to live, and she wants her family to know too. But her kids are grown and aren’t interested. Her two daughters married outside the Catholic Faith and attend Protestant churches. They argue with her about worshipping Mary. Her son doesn’t have any religion at all. It’s all just superstition to him, and it breaks her heart.

Since I was the DRE and had come back to the Church in my 30’s, she asked me the big question, “What can I tell my grown kids to get them back in the Catholic Church?” I get that question a lot in my job. There are many older couples I know whose grown kids have fallen away. The Church is important to them now, but it wasn’t when their kids were young. They were too busy with life. Now that the kids are older, it’s just too late.

At least, that’s what Christian Smith discovered. Smith, a researcher from the University of North Carolina at Chapel Hill and author of Soul Searching: The Religious and Spiritual Lives of American Teenagers, conducted a nation-wide study of teenagers and religion from 2002 to 2005.

He found that, when it comes to faith-life of teens, the single most important factor is the faith-life of parents. If parents are active in church and religion is important in the family, kids tend to stay more religiously active when they’re older.

A lot of people don’t like to hear that, and I understand why. But it just makes sense. If you love sports and bring your kids to every football game the local college team plays, they’ll probably grow up loving football. Kids naturally pick up on what’s important to parents. I knew a guy who went to Disney World with his family every year since before he could remember. It’s no wonder he’s a huge Mickey Mouse fan and now takes his family. I, on the other hand, did not grow up around Disney stuff, and I have to agree with my wife that Mickey is a no-talent rat that has nothing on Bugs Bunny.

Build faith into your family while they’re young

Build faith into your family life so that it becomes a natural part of your kid’s lives. Make sure they understand the why of what you believe, too. This is the key to them making it their own later. If they’re just following hollow rituals from their childhood, it won’t have any meaning and they’ll drop it.

Christian Smith found the religion of kids “often follows and looks a lot like the religion of their parents.” To borrow a phrase--be the change you want to see in the world...and your kids. The biggest mistake you can make is to do nothing.

Obviously, there’s no guarantees. You could do everything “right” and your kids might still fall away. But if you take this advice, the odds will definitely be in your favor. The research bears it out.

This is still theory for me because my kids are young. But I know there’s some parents out there that can back me up! If you have a story about raising religiously active older kids, tell me about it in the comments below.