The Martyrs Project: What Would You Die For? 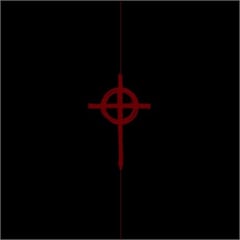 Much contemporary Christian music seems to have lost its ability to empower individuals or communities for the sake of Christ and in support of the aims, spiritual and social, of denominational and independent churches. The Martyrs Project, in the presentation of this CD, aims to strengthen 21st century Christian music by reconnecting current needs and concerns with ancient roots. It uses historic forms of prayer in a contemporary and inclusive expression to inspire and to teach, but most of all, to re-discover in the Martyrs’ Prayers, the mystery of God.

In turning to the prayers of the martyrs one could agree with Kemper Crabb, who has expressed the idea in this way:

A brute retrieval of the ancient is not enough. As Geoffrey of Vinsauf wrote in Poetria Nova, his 13th Century book on the art of rhetoric:

“Permit an old word to regain its youth by giving it a home in another situation where it can be a novel guest, giving pleasure by its strangeness.”

Those vital things which have been allowed to sink into obscurity must be resurrected, though in a fashion which renders them accessible and attractive to an age which has forgotten them.

The text for these invocations is taken from the book, Prayers of the Martyrs, written by Duane W. H. Arnold. The Foreword of this volume was written by the late Madeleine L’Engle (Wrinkle in Time). The book, published by HarperCollins/Zondervan, has sold over 60,000 copies worldwide and has been translated into nine languages since its publication in 1991. The book, in multiple editions, has been used, reviewed and welcomed across the entire spectrum of Christian faith and practice. Excerpts from the book have appeared in publications as diverse as The Tablet (journal of record for the Roman Catholic Church in Great Britain) to Decision (the magazine of the Billy Graham Evangelistic Association).

Michael Glen Bell and Duane W.H. Arnold have undertaken the composition and arrangement of the music. Arnold has acted as producer (and occasional vocalist) while Bell is the primary artist on the CD.

The film and design elements of the project have been undertaken by Owen Thomas for Absorb LLC, and the liner notes have been written by Bell and Arnold to provide a musical/theological perspective on the project and CD contents.

Although the music is contemporary - from acoustic performances with close knit harmonies to rock to cutting edge experimental - it has already garnered attention from churchmen and musicians far afield. The Rev. Taylor Burton-Edwards, Director of Worship Resources for the United Methodist Church, aware of the work of Arnold and Bell, has characterized their work together as “a significant musical project”, one that that answers “the challenge and the opportunity... to dwell in all the riches of prayer, music, art and the drama of liturgy and ritual itself of the entire church in every place, riches all ours to learn from and to share.” The late Dr. Gerre Hancock, Professor of Organ and Sacred Music, The University of Texas, Austin, (and Organist Choirmaster Emeritus, St. Thomas Church Fifth Ave.) has written of this contemporary work of Arnold and Bell with regard to ancient texts, saying, “I am deeply impressed... I especially admire its directness and sincerity, and above all,” in the modern setting, “its warmth in delivering The Message.”

The prayers gathered on this CD have been drawn from a “great cloud of witnesses” from across the centuries and around the globe and include Oscar Romero, Dietrich Bonhoeffer, a child from Ravensbruck, Clement of Rome, Sadoth of Selucia, Carpus of Gurdos, John Ri, Thomas Becket, Ignatius of Antioch and Quirinus of Siscia. The CD is now available for purchase and download.