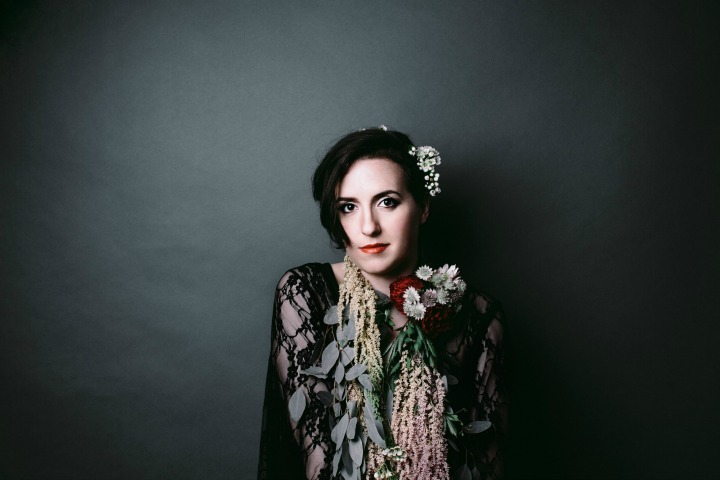 Audrey’s “Holy, Holy, Holy” is emblematic of Inheritance—a record that is quickly becoming beloved among fans, worship leaders and critics. Co-produced with Daniel James (Joy Williams, Canon Blue), the song takes a cinematic-styled approach featuring driving, celtic-inspired rhythms and lush textures that allow her voice to glide effortlessly over the rich classic hymn by Reginald Heber / John B. Dykes. This take on the song creates something at once nostalgic and altogether new.

“This trinitarian, theology-heavy prayer became an intercessory pray for Avery, a toddler with heterotaxy, a severe heart condition,”shares Audrey, recounting her decision to include the song on Inheritance. “The word ‘holy,’ which we traditionally associate with God's ineffability and super-righteousness, refers also to His infinite mercy because of how He chose to deposit His holiness in the tabernacle on the seat of Mercy. While I didn’t know what or how to pray for Avery, I remember that the Holy Spirit prays for us. Even when we don't ‘feel’ like praying, the words of ‘Holy, Holy, Holy’ give us a beautiful prayer about a loving and merciful God.”

In addition to “Holy, Holy, Holy,” which was named No. 1 on NewReleaseToday.com’s “Top 10 Favorite Modern Versions of Hymns,” Audrey’s Inheritance features the original song “Even Unto Death,” written after Audrey heard of yet another martyrdom in the Middle East, “It Is Well With My Soul,” a special dedication to honor Audrey’s late grandmother, “Ubi Caritas” and “Be Thou My Vision,” all available on YouTube now as beautifully shot, nature inspired lyric videos. 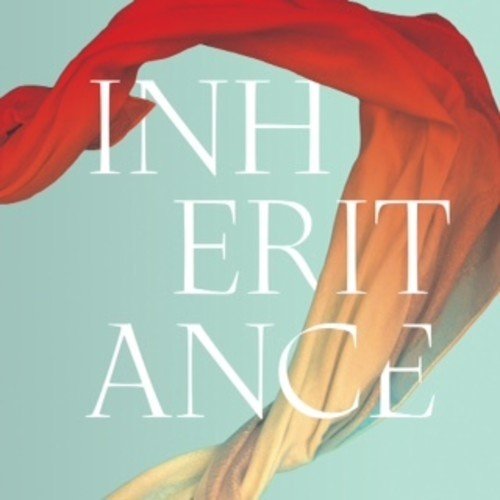 A collection of hymns and original songs that both pay homage to Audrey’s childhood heritage and to her Catholic faith and charismatic spirituality, the full album is also available now iTunes, Amazon.com,Christianbook.com and physical retailers everywhere. In its debut week at retail, the recording launched to No. 1 on the Christian Music Trade Association (CMTA) Adult Contemporary chart and No. 2 on the Billboard Top Christian/Gospel Albums chart while hitting No. 1 for a time on the iTunes Christian/Gospel charts both in the U.S. and Canada.

Receiving wide spread acclaim from music fans and critics alike, Worship Leader Magazine says Inheritance “is not just another hymns album,” as Aleteia calls the album “more than just a worthy contribution; it’s an invaluable gift.” NewReleaseToday.com declares the album “to be one of the top worship albums of the year,” while CCM Magazine says in its 5-star review that the album “provides as much substance and style as any record will likely hold in 2016.” Breathecast.com adds that the recording “is easily one of this best albums of 2016” and Hallels.com suggest music fans listen to the album if they want a “hymns album that demonstrates originality, forethought, creativity and an understanding of the different shades of traditions and how they interact with contemporary music.”

In many ways, a hymns album is a return home for Audrey who grew up learning to sing in a Plymouth Brethren community. “I was raised in a church where we didn’t use any instruments on Sundaymornings,” Audrey notes. “I learned to sing there, from the old hymnbooks, in four-part harmony, with my family and my neighbors. It was multi-generational, it was deep and rich and beautiful, and like most of my favorite worship music, it was steeped in community.”

For more information on Audrey Assad and Inheritance, go to www.audreyassad.com, Facebook,Twitter, Instagram and YouTube.com.

Lauded by the New York Times, multiple Dove Award nominee and iTunes Christian Breakthrough Album of the Year recipient (The House You’re Building, 2010) Audrey Assad releases music she calls “soundtracks for prayer” on Fortunate Fall Records, which she co-owns with her husband, William Price III. In addition to her own albums, Audrey has written songs for Matt Maher, Christy Nockels, Brett Younker, Sarah Hart, Meredith Andrews and others, and is featured on Chris Tomlin’s RIAA certified Gold record, Glory in the Highest (2009). Having toured with Tenth Avenue North, Matt Maher, Jars of Clay and others, Audrey also speaks about art, faith, womanhood, justice and pornography addiction at Catholic and evangelical events such as Q Ideas, Focus Conferences and more. She has further been featured at an IHOP One Thing conference, Mass at St Patrick’s Cathedral, and during the Papal Event “World Meeting of Families,” and writes reflective and devotional entries for the likes of Christianity Today, the Magnificat and Blessed is She.