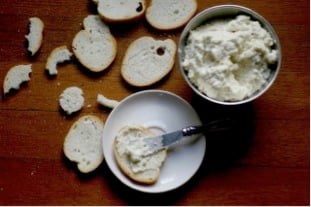 This months Year of Faith is all about Saint Theodore Guerin. She is also known as Anne Therese.

This is where once a month I highlight a saint that has been listed on the USCCB Saints for the Year of Faith.

Anne Therese was born on October 2, 1798 in Etables France. He mother Isabelle taught her daughter and had many lessons on religion and scripture. This nourished her love for the gospel and the Roman Catholic Church. She received her First Holy Communion at ten, she told the priest at the time she was going to become a nun.

Anne Therese's father served in Napoleons Navy, and was away for long stretches of time. Around Anne Therese's 15th birthday her father was murdered by bandits. Isabella was heartbroken and overwhelmed her husband’s murder and at the time, Anne Therese took the responsibility of caring for her family and home. 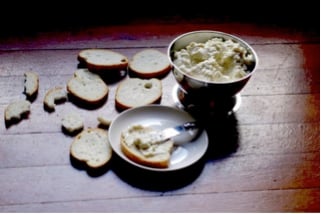 When Anne Therese was about 25, she entered the Sisters of Providence of Ruille-Sur-Loir. This community of nuns provided opportunities to educate and care for poor, sick and dying children.

While teaching and caring for the poor, sick and dying children in France, mother Theodore was asked to go on a mission to the United States.

Before her death on May 14, 1856, she had opened schools in towns throughout Indiana and Illinois. She was canonized in 2006 and is known as the patron saint of Indianapolis.

In honor of her French heritage, I decided to make Fromage Fort. It is a French cheese spread. You can use any cheese you like, but please whatever you do, don’t use cheese whiz.

2 tablespoons leftover herbs of your choice such as t thyme, parsley and chives. 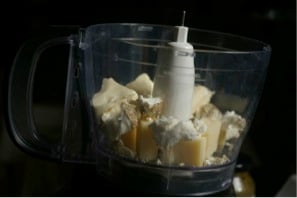 Remove the rind from the hard cheeses if you use any. Put all the cheeses in the food processor and pulse briefly. Add the garlic, wine, pepper and herbs.  Blend again for about 2 minutes or it is the consistency that you like. You can store this in the refrigerator for about a week.

A word of warning: If using blue cheese use only a little, it can overpower the spread if too much is added.

Peace be with you,