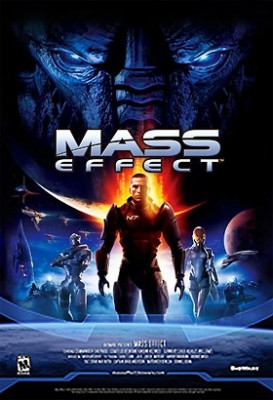 You are Commander Shepard, a human who has fallen into the deep end of international politics. A rogue Spectre (think Green Beret) named Saren has allied himself with a mechanical race that is dedicated to overthrowing the universe.  Your mission is simple: find out what Saren’s plan is and stop him. How hard could that be? 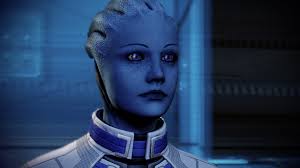 Mass Effect has the interaction of a role playing game and the action components of first person shooter.  The FPS aspect is the same as almost every other shooter – point and click.  There are elements in there like superpowers (telekinesis, and other varients), and varying types of ammo, but that’s about it.

The RPG aspects, however make this game, and its story, unique. Before you even begin the game, you’re asked to build your Commander Shepard.  Is Shepard male? Female?  Born on Earth, on a star ship, or raised off planet?  Did Shepard the last survivor of a Battle, a war hero who saved the day, or a ruthless killing machine who will do what it takes to get the job done?

You can also pick six different types of fighting styles (soldier, biotic, etc) that determine what weapons and abilities Shepard can used over the course of the game.

And, once you’re in the story aspect of the game, things get interesting. The dialogue options allow for Shepard to be a jerk or a saint.  He can save the universe, or he can destroy it piece by piece.  See below for more.

The graphics are excellent. It’s artwork.  While the score is not something you’d want to listen to at home, they are driving, and fix the game like a glove.

Here is where things get dicey.  This game is rated M for Mature for a reason.

As noted above, Shepard has a full range of options, making the commander an interesting character to develop over time. Shepard can be a paragon or a renegade, or you can try a balancing act that tries to please everyone.   There are romance options in the game that can conclude in a sex scene with mild nudity – or you can be single.

A problem that the game also has involves language.  Even if your Shepard doesn’t resort to it, you can be sure that there are plenty of other people kicking around who will be happy to curse at you.  They will only shout the occasional profanity, so it’s not overwhelming, but this is not a game for your kids to play.

The romance (and the sex that comes with it) are optional, but there is still aspect that fit into the storyline that makes some people go “Ehhhh.”  For example, there are the Asari – a race of aliens that only have one sex (which looks suspiciously female), and are able to mate with any other species.  How that works out involves the “biotic” powers that are part of this science fiction universe.  Completely inoffensive, you would think, until the Asari who is part of the team starts making overtures to a female Commander Shepard. Things can get awkward.

And did I mention the Geth? A computerized race that you can shoot with impunity without any graphic violence (but it is a war game, so consider yourself warned), but they do create minions by impaling human’s on metal spikes, and morphing them into monsters.  It’s seen once during the game, but it leaves an impression on you.

Mid-level.  While it’s fun to go through the game and see all of the various ways it can turn out, and the dozen different ways to get the job done, going through the exact same opening (which has little variation) time and time again is a sure way to cut down on repeated plays.  And on a first run-through, it gets tiring to run all the way from one part of a mission to another.

Mass Effect is the start of a trilogy that is space opera on an epic scale. I enjoyed it immensely.  But it comes with all the things that will go into any opera – sex, violence, and a seriously over-the-top villain. It’s an impressive game, with amazing writing, but it’s not for everyone. It’s smart, and it’s witty, and the morals are as rigid or as flexible as the gamer wants.  I leave the choice up to you.