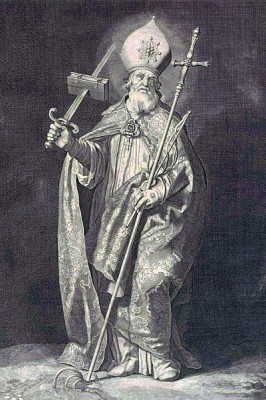 Both Tobit and the Gospel have a similar situation involving a woman who had seven husbands, all of whom died!  Both stories are fictional but have a message behind them that contrasts the angel Raphael and Jesus with those who presented such a fictitious incident.  By knowing our genres or different literary techniques used in the Scriptures, we come to a better understanding of  what is behind the text offered to us in the liturgy of the word.  Often such writings open up the religious culture and social life of the era in which they were written.  We may even see a Sadducee perspective in the Gospel contrasted with a Pharisee perspective in the person of Sarah, the daughter of Raguel.

We hear that the Sadducees or the priestly representatives in the New Testament believed only in the Torah and did not accept the belief that the Pharisees had in the resurrection, the existence of angels, and a belief in the writings of the Prophets and the Psalms and other Writings of the Hebrew Bible.  This is good to keep in mind as we meditate on the texts for today.  Naturally, we have to use our religious imagination too just as the writers of these incidents did to capture the life-line and experience of the stories.

We know the point the author is making in Tobit.  Righteous suffering ends in the restoration of true happiness when one’s life is God-centered and lived in the spirit of the Torah, the Prophets, and the Writings.  Evil is conquered by being guided by the good angel Raphael (“the healing of God) who overcomes the Persian demon named Asmodeus who caused Sarah’s seven husbands to die.  The angelology of Tobit is an advanced one and probably reflects the belief in angels from as early as 200 B.C.  We, of course know of the three angels who visited Abraham.  This text from Genesis goes back to the seventh century B.C. More about angels could be learned by studying Tobit and Enoch.

The Sadducees may have constructed their preposterous trick question to Jesus about a woman who had seven husbands;  none of them raised issue nor did they survive the woman. When she dies who will be her husband?  Jesus refutes the question by taking the position a Pharisee would.  In heaven they are spiritual beings through resurrection from the dead and there is no longer marrying or giving in marriage but as Jesus affirms they are like the angels who surround the presence of God.  T he resurrected life goes beyond our religious and social vocations to something totally different (“totaliter aliter”).

The good angel Raphael overcomes the bad angel Asmodeus (a trickster).  Jesus’ knowledge of the afterlife and his truthful confrontation of the Sadducees overcomes their trickery.  Thus both accounts have a happy ending.