Coming to Grips with Sin 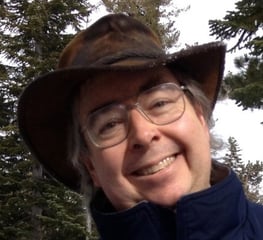 Editor's note: Today, we welcome Will Duquette to CatholicMom.com. Find Will's blog at The View from the Foothills to enjoy more of his writing. LMH

I was raised Catholic, and then I spent twenty years as an Episcopalian, for reasons that seemed good to me at the time. Episcopal congregations vary considerably, and over time ours moved more and more to the Evangelical end of the theological spectrum, emphasizing a personal relationship with Christ, daily prayer and scripture reading, and so forth. And on the whole, this is a good way to be; but there was something lacking.

During that time, my approach to sin was simple: Christ died and rose again to save me from my sins, and so long as I kept my eye on Him and tried to follow Him, any sins I might have were His problem. He'd lead me out of them in His good time, and no effort on my part was required. 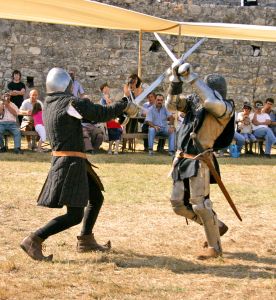 Coming to Grips with Sin

In part this attitude was due, I think, to the theology of our pastors during this period; Evangelicals in the Anglican tradition have Calvinist roots (though they often have wandered far from them), and in the Calvinist tradition our sins are unavoidable. We are never truly cleansed from them, but Jesus stands between us and the judgment, and covers us with His holiness. As a Catholic, of course, I now think that this view is mistaken.

But there was another aspect to it. Christ came that we might no longer be slaves to sin; and there was a time when I felt myself very much a slave to sin. There were particular sins to which I was much attached, and yet which I knew were sins; that I wanted to get rid of, and yet had no power over; that made me not want to look in Christ's direction, because I knew he disapproved. I remember when I first realized that Jesus loved me as I was; that where ever I was or in what condition, He was always ready to receive me with love. And with that realization (which came to me some time before I became an Episcopalian) I gave over my concerns about my sinfulness.

And this change was on the whole a good thing. I had always accepted that God was God, that He was the Lord and creator of all, and that what He says, goes. But now I learned, in my bones, that He was a loving God, and that I had value to Him.

I lived in that love throughout my time as an Episcopalian; and yet, I made no progress. Our pastors emphasized a personal relationship with God, and I had one, I guess; but though I tried, I never managed to spend much time with Him, except on Sundays. Every couple of years I'd try to establish a regular time of prayer and study, but it never took.

About ten years ago, events occurred that began moving me back toward the faith of my youth. I began to study about the Catholic faith, and came to know it and understand it better, and I learned something remarkable: God not only wants to save us, He wants us to become holy: not just to stand in Christ's holiness, as Calvinism would have it, but to truly become holy.

It's like this. An acorn has no choice but to grow into an oak tree, given water, sunlight, and good soil. With time, it will be a mature oak. But people, we're different. We have no choice but to grow old; but we can choose not to mature, not to become fully the men and women we should be. And in fact, that choice, the choice to become holy, is precisely the choice to be fully human, to grow into the measure that God has intended for us.

We can't do it by ourselves; we need God's help. But what I discovered during those studies as I was coming back to the Church is that the choice to be holy is precisely the choice to turn from sin, to try to eradicate it from my life. Not by my own strength—I can't do this without Christ's help. But with all of my strength: because to love God with all of my heart, soul, mind, and strength involves shedding all that leads me away from him, starting most definitely with my sins.

It seems to me now that after my youthful bondage to sin, Christ gave me a time of rest. And now He has led me into battle: a battle that will last the rest of my life, but one that He has already won. Before, I was trying to fight the battle on my own; but no longer.