Catholic Schools: a Pathway out of Poverty

Catholic Schools: a Pathway out of Poverty 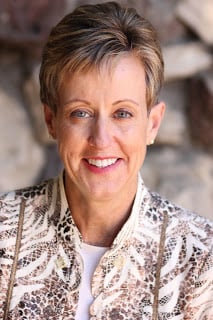 Catholic schools have influenced U.S. families and communities even before the nation’s birth. They offer hope, particularly in economically disadvantaged areas, and serve Catholic and non-Catholic students.

Now, with soaring U.S. poverty rates and higher education inequities uncovered by a Georgetown University recent study, Catholic schools are a key pathway out of poverty. As National Affairs reported in 2011, research makes clear that Catholic schools have not only excellent academic outcomes overall but also a unique ability to help disadvantaged students. Researchers also have found that Catholic schools are able to achieve relatively high levels of student learning and distribute this learning more equitably with regard to race and class.

Right now there is a renewed focus and energy on the long-term viability and sustainability of Catholic schools. Catholic schools face significant challenges: declining enrollment, increased costs associated with hiring lay teachers, competition from free charter schools which depletes potential students and the nationwide economic downturn from which many have not recovered.

This renewed focus is creating innovative solutions to such challenges. As a member of FADICA – Foundations and Donors Interested in Catholic Activities – and co-chair with my colleague BJ Cassin of its newly launched Affinity Group on Catholic schools, we are supporting, studying and sharing these solutions. FADICA members have helped to catalyze or support innovations in financing, management and governance, and curriculum enhancement in order to sustain Catholic schools. Public funding options, including tax credits and vouchers, also are critical to sustainability and our affinity group is focused on effective strategies in this area.

Seven years ago, my parents and family set up the Specialty Family Foundation, inspired by the track record of Catholic schools. The Specialty Family Foundation has since pioneered the creation of theCatholic School Consortium, a program that has now grown to benefit 21 inner-city schools in Los Angeles in many ways, including the provision of each with a director of marketing and development. This new leadership position in the schools has made an undeniable impact in crucial areas. The schools longest in the program have enjoyed average enrollment gains of over 13 percent, as well as millions of additional dollars in support of their missions.

Other innovators have redesigned the educational model along with the funding model. BJ Cassin has spearheaded the expansion of the Cristo Rey Network across the country. Their work/study approach, which puts the students in professional work settings one day a week, has both added to the educational experience of the students and created significant, new and stable sources of revenue. The Cristo Rey network of Catholic high schools consistently prepares underserved inner-city students for college through this innovative approach to financial sustainability.

We need to herald the news of the documented success of Catholic schools in nurturing students through an academically rigorous curriculum and in closing the achievement gap – such as the work of the Notre Dame ACE (Alliance for Catholic Education) Academies andCatholic Partnership Schools in New Jersey (both supported by members of FADICA). However, as yet, many of our newly arrived immigrant brothers and sisters do not know that Catholic schools serve ALL children.

In collaboration with the Catholic bishops, we must continue to explore and develop new ways to ensure the long-term sustainability of Catholic schools as critical partners in education reform alongside public, private, and charter schools.

FADICA’s newly launched working group wants to do just that. Because without Catholic schools, the nation will have lost a valuable national resource whose graduates make immeasurable economic and social contributions to our communities and country.