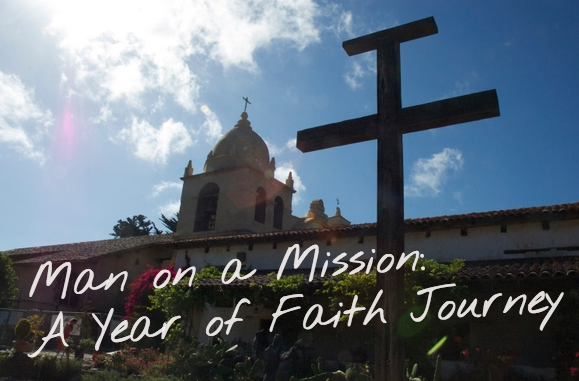 Editor’s note: Today, we continue our special series with Kirk Whitney – “Man on a Mission” will take all of us along on Kirk and Debbie Whitney’s pilgrimages to view and pray at the California Missions. I thank Kirk personally for this amazing opportunity to share these treasures with our readers! LMH 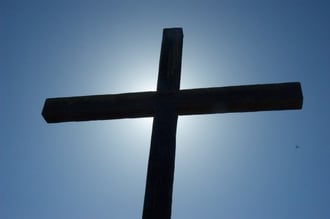 Mission La Purísima Concepción is not on El Camino Real, its buildings are laid out in a line rather than a square and it is not owned or operated by the Catholic Church. Those are all factors that make this mission unique. So, what kind of mission experience does it provide? It makes for a very interesting one.

La Purísima Concepción was founded in 1787 and originally built in the traditional style. This means that the buildings formed a quadrangle surrounding a large center courtyard. The Mission was intended to fill the gap between Santa Barbara and San Luis Obispo.

After an earthquake destroyed La Purísima in 1812.  It was decided that the mission would be relocated about 4 miles northeast of its original location. The padres chose to abandon the traditional quadrangle in favor of lining all the new mission buildings in a row. This design was considered to be safer in the event of earthquakes.

The Mexican government in secularized La Purísima Concepción 1834. When the property was returned to the church forty years later, the mission and surrounding property was sold to the Union Oil Company who preserved the land.

The National Park Service and the Federal Works Projects Administration took up the task of rebuilding and restoring the Mission in the 1930's. Today, the Mission is part of the California State Park System.

Does the fact that the Mission La Purísima Concepción is not a functioning Catholic church detract from the visitor experience?  In some minor ways, yes, but there are some benefits as well.

Since the goal of the park is to portray the historical and cultural significance of the missions, the reconstruction has gone far beyond many other missions. The Church, private chapel, and living quarters are there of course, but so are stables, dormitories, corrals, gardens and workshops. Even livestock are on display.

Since the church does not have to meet the needs of a modern congregation, it is largely un-modernized and unadorned. The visitor is given the feel for what the church may have been like in the 1820's. 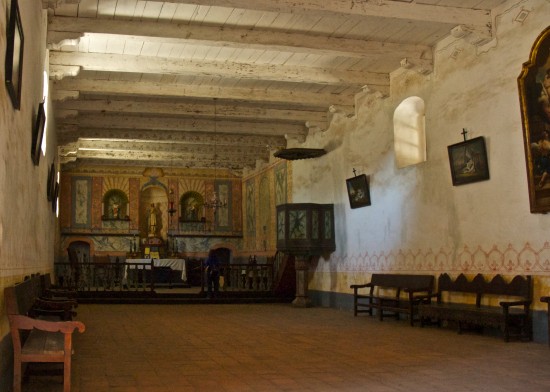 The park has a large, modern visitor's center. The building houses a very well designed and curated museum. It is set out of line of site from most of the mission's grounds so it does not detract from the historic feel of the place while touring the grounds and buildings.

Since the Mission grounds are part of a 2000 acre park, the setting is much as it was 200 years ago. Since the acreage is lined with trails, visitors can hike or bike around the mission as well.

We arrived as the park was opening for the day and took some time to hike up the hill to the mission cross that overlooks the grounds. The view made the steep walk worth the effort.  A snake blocking our path on the way down detracted from the experience just a bit. For Debbie, who is herpetophobic, it was a bit of an ordeal.

After waiting a few minutes for the snake to come down from his striking stance and slither off, we went back down and spent a couple of hours touring the Mission. We could have easily spent a third hour exploring, but after a second snake sighting in one of the courtyards, Debbie decided we had soaked in enough of the Mission's ambience.

It was time to head down the road to Solvang for lunch and a visit to Mission Santa Ynez.

View additional information on this and other California Missions at missionimage.blogspot.com