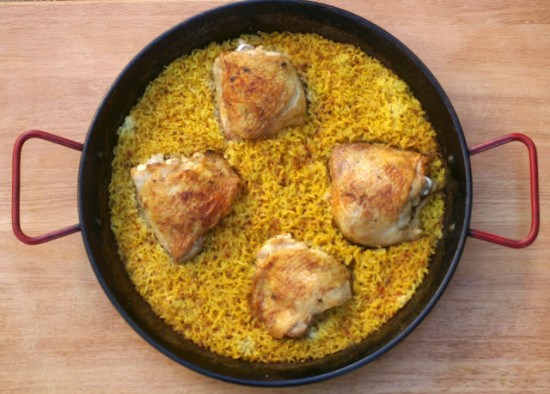 Welcome to Septembers installment of Year of Faith. Once a month I highlight a saint that has been listed on the USCCB Saints for the Year of Faith. This month’s Saint is Blessed Junipero Serra.

Miguel Jose Serra was born in Petra Spain in 1713. When he was 16 he entered the service of the Catholic Church. Upon entered the order of St. Francis of Assisi, he took the name Junipero. He was soon nicknamed Father Juniper.

For several years following his ordination, Serra remained at Palma as both student and teacher. He received a doctorate in theology in 1742. He served as professor of theology at the Franciscan university in Palma from 1744 to 1749. Serra volunteered to serve the mission in the new world and left in 1749. He traveled to Mexico and reached Vera Crus on Dec 8, 1749. He then walked to Mexico. During that 24 day journey an insect bite caused him considerable pain for the rest of his life.

His first assignment was in the Sierra Gorda in Mexico, where we spent 17 years doing missionary work. In 1767 he took over 14 missions in Baja that originally belonged to the Jesuits, an order of priests. He then traveled to San Diego de Alcala.  It marked the beginning of the settlement of California.

Before his death in 1784 he traveled over 24,000 miles. He established 9 California missions and baptized more than 6,000 Indians. He introduced agriculture and irrigation to California’s Native Americans. He also created roads and fought against the abuses of Spanish Soldiers.

In honor of him and his feast day I made Chicken Paella. 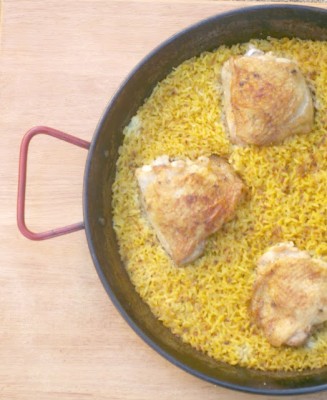 Pat chicken dry and salt and pepper your chicken. In your paella pan or Dutch oven heat the 2 tablespoons olive oil over medium heat. Brown chicken skin side down for about 5 minutes or until it browns nicely. Turn the chicken over and brown the other side for about 2 minutes. Remove the chicken to a plate and add the onions to the pan. Allow to cook for about 3-4 minutes and then add the garlic. Sauté another minute. In a small bowl combine the hot water and saffron. I used hot water from the tap. Allow the saffron to dissolve in the water, then add the cumin. Mix to combine. Pour the spice mixture into the paella pan and add the rice and chicken stock.

Mix it all together. Turn heat to high and allow rice to begin to boil. Turn heat to the lowest setting. Add the chicken pieces to the pan.

Cover the pan tightly with foil and allow to cook on the stove top for 30 minutes. Remove foil and check to see if chicken is cooked through. Serve family style so everyone can enjoy it.

Peace be with you,
Veronica