The Language of the Soul: Work, Faith, Love and Anna Karenina 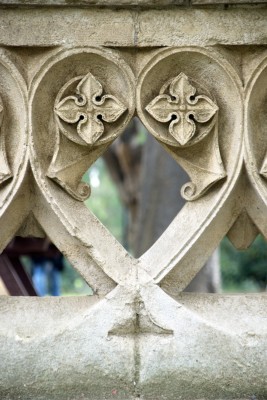 The Language of the Soul: Work, Faith, Love and Anna Karenina

This summer I read the novel, “Anna Karenina,” by Leo Tolstoy. I had never read the novel previously, and I had no preconceived notions about the plot, the characters, or the emotional turmoil I would experience as I read. The book evokes so many different emotions, as Tolstoy weaves a political, social and religious tale, in the 19th century…a Russia that was tinkering with how to establish themselves in the world of change.

This novel should never be named Anna Karenina. First of all, I do not like weak female characters, and while others may debate the redeeming characteristics of Anna, I was more intrigued by approximately 3 other characters. None intrigued me more than Levin.

Levin was a working man. He worked with his hands, with the peasants on his land. He later tries to take part in politics, but really finds no use for the people or the process, longing to be back with the working class.

Throughout the novel, you are able to see faith, and lack of faith, through the eyes of Levin as he experiences faith through working class Russia. At the end of the book, Levin has a conversation with a peasant, and they talk about faith. Here is the turning point for Levin, and it’s a big one. It’s one I identify with so much as a working Catholic mom, and as someone who is walking a faith journey with lots of questions and wonder. Here is Levin’s monologue as he realizes that faith is core of his identity, and that love has pointed him in the direction of faith:

“Where did I get it from? Was it by reason that I attained to the knowledge that I must love my neighbor and not throttle him? They told me so when I was a child, and I gladly believed it, because they told me what was already in my soul. But who discovered it? Not reason! Reason has discovered the struggle for existence and the law that I must throttle all those who hinder the satisfaction of my desires. That is the deduction reason makes. But the law of loving others could not be discovered by reason, because it is unreasonable.” (Anna Karenina)

Whoa! One statement that stands out to me is, “They told me so when I was a child, and I gladly believed it, because they told me what was already in my soul…” YES! This is what I had been contemplating all summer long. I struggle with trying to understand weighty theology and the rationale behind every rule. I remember having a conversation this summer with a friend, and we both agreed that even the “heavy” theology is just LOVE already written on your soul. And with childlike faith, we accepted it once. And at times, we question it, seeking the why, the how, the what.

“You can’t really separate who you are from what you do and how you operate. I definitely think it is important to have that connection because that’s why…that’s what drives you. I mean, who you are at your core, and for me, faith is a big part of that core. I think that’s how – that’s what drives you every day. And not just in the decision you make, but in how you treat everybody else.”

The way these women carried out their work was through lives of love. Their actions at work illustrated extreme compassion at times, mercy and grace. Levin shows similar characteristics in his own leadership, as he interacts with the peasants who work his farm land. Ironically, it is the peasant who brings Levin to the understanding that love is beyond reason, and faith is the sum of this love on a human heart. The women in my study knew this intrinsically, and moved forward in their leadership acting on what is written on their souls – LOVE.

John the apostle tells us:

Because God created us in His image (Genesis 1:27), male and female, and if God is love, it stands to reason that love is written on our soul. This should naturally lead us to a loving leadership style, one which testifies to the image of God, and leads us to a deeper spiritual and faith-filled journey.

But like Levin, we sometimes pit reason against faith. We see these two as diametrically opposed, when in fact, reason can and does lead us to understand ourselves as sons and daughters of the King of Kings. Why? See the above quotes from Sacred Scripture. God is love. We are made in God’s image. Boom. The end.

But not really the end. Love is a verb. How do you act on love throughout the day in your routine, whether you work outside of the home or in the home?

Here are a few ways I think we can all bring love back into the work culture. These are simple things…but they say the little things mean the most sometimes.

I am going to walk this journey of faith and love, with the example of Levin from “Anna Karenina,” and from the women in my research. These characters inspire me to bring love to the forefront – the love that is stamped on my soul from the beginning of time. Thank you, Lord Jesus!

Peace of Christ to you and yours!

Mary Wallace, PhD, is a devout Catholic wife, mother of 4 daughters, and college administrator. She is co-host of a Catholic radio show: Faith and Good Counsel, on Baton Rouge Catholic Community Radio. Mary is also a contributing writer at the Integrated Catholic Life. Follow Mary on Facebook.