Does Red Food Dye Cause ADHD or Hyperactivity?

Many parents say they have cured their kids from ADHD by removing artificial colors from their diet, especially Red Dye #40.  Since 2010 the European Union has required warning labels on foods with artificial dyes stating that they “may have an adverse effect on activity and attention in children.”  But here in the United States the FDA continues to state that artificial food dyes are safe, and ADHD diagnoses are on the rise.   So what does the medical research really show about food dyes and hyperactivity?  Does food dye cause ADHD?  As a pediatrician and a mom of an ADHD child, I really needed an answer to this question.  Here’s what I found: 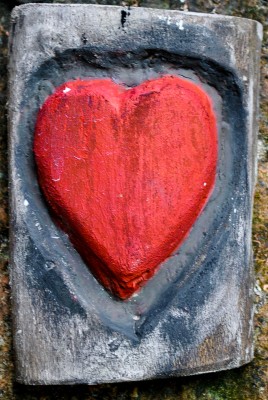 Does Red Food Dye Cause ADHD or Hyperactivity?

From a scientific perspective, we don’t really know for sure if eating food dye increases hyperactive behavior.  But my personal answer is that I make every effort to remove food dye from my kids’ diet.  Why am I so convinced that I will pull fruit punch out of my child’s hands?

The controversy over food dye and hyperactivity has been ongoing for more than 30 years, since Dr. Ben Feingold introduced the controversial Feingold diet for treatment of hyperactivity.  This diet eliminates several artificial colors, artificial flavors, aspartame, three petroleum-based preservatives, and some salicylates.  Some studies have shown it works, but most have been inconclusive or shown no effect.  So US food manufactures continued to add more and more dye to foods.

The food dye controversy reached a new peak in 2007 after the publication of a controversial study by the University of Southampton in the UK suggesting a link between six food dyes – the “Southampton Six” – and hyperactivity in children.  These six dyes are: E110 (sunset yellow/FD&C Yellow #6), E104 (quinoline yellow), E122 (carmoisine), E129 (allura red or FD&C Red #40), E102 (tartrazine/FD&C Yellow#5) and E124 (ponceau 4R).

The European Food Safety Authority concluded that the results could not be used as a basis for altering the acceptable daily intakes of the “Southampton Six”.  This opinion is consistent with that of the FDA in the United States.  Nevertheless, the European Parliament has since begun requiring warning labels on foods containing these artificial colors, noting that they “may have an effect on activity and attention in children”.

Why the disagreement between the general public and the scientific community?  Is it big government conspiracy with the food and drug industries?  I don’t think so.  The fundamental problem is that good research studies about food dyes are very hard to do.  The default position of the regulatory industries seems to be that food dyes are safe until proven otherwise.  Most studies, including the Southhampton study—look at a combination of food dyes, not at each dye individually.  Most studies also look at the general population, not at populations already at risk for hyperactivity, such as kids with ADHD.

But looking more closely at the scientific literature, I feel there may be a subpopulation of children that are especially sensitive to food additives, and these children can have any number of reactions to them.   One reaction seems to be hyperactivity.  In other words, some kids can eat Twizzlers and guzzle fruit punch and still be attentive and well-behaved.  Other kids eat one cupcake with pink frosting and are hyperactive for several hours afterwards.  This difference among kids may even be genetic.   The genetic differences between kids sensitive to food dyes and those not sensitive to food dyes is shown in an excellent 2010 study by Dr. Stevenson and his colleagues, also at the University of Southampton.

As for me and my family, we are not strict adherents to the Feingold diet.  I do choose healthy, unprocessed foods, most of which don’t contain artificial colors and preservatives anyway.  The bottom line is that no one NEEDS artificial color in their diet.

Too much sugar has also been associated with hyperactive behavior in kids.  We avoid too much sugar and calories by limiting juice and sugary drinks.

Getting our four young kids to eat well and finding the time to cook healthy meals has been the hardest part for our family.   Free junk food for kids seems to be everywhere, and we are a busy family of six with two working parents.    I’ve written my true confessions about getting my kids to eat well and what finally worked in a post called, “Food Fights: A Pediatrician’s Attempt to Get her Kids to Eat Well.”  I’ve also written about dealing with unhealthy food at school and practical tips for eating home-cooked meals on busy evenings.  A few vitamins/supplements really can help, too—here’s which supplements your kids really need.

If you have a child with hyperactive behavior or ADHD, it’s reasonable to try removing food dyes from his or her diet for a few days.  If this diet helps your child, go for it.  But if your child has to eat a small amount of red dye in a medication or someone gives them a pink cupcake at a birthday party, don’t sweat it.  Just keep trying with the healthy diet.