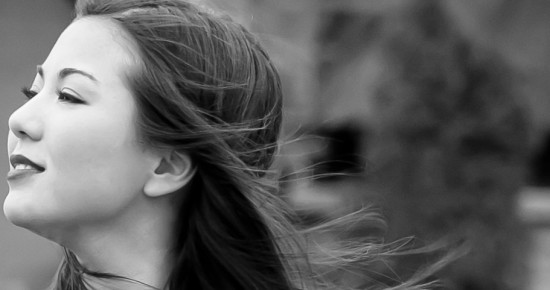 If the news about Miley has you believing that all hope is lost for young pop stars in today's culture, I invite you to spend four minutes watching recording artist Mags Wang singing "Boyfriend":

I say watch, because along with sharing a very catchy song, this video has a story to tell. If you listen to the lyrics, you hear the angst of a society that's been raised on "likes" and "unfriends". If you watch to the end, you'll catch the triumph that is possible.

Mags is a new singer/songwriter out of Elmira, ON. Born in Kitchener, ON, Mags is the 3rd oldest child of a family of 11. Clinically diagnosed with MDD (Major Depression Disorder) and PTSD (Post-traumatic Stress) in 2011, Mags views singing and song-writing not only as a talent but as an opportunity to inspire and encourage others to seek God through suffering and pain even when He feels farthest away. Currently, at age 18, Mags continues life as a dedicated student and remains solidly rooted and in love with the Catholic Faith.

With regards to her music career, Mags started singing at 13 by doing some background vocals on Christian rock CDs. Later, she officially jumped into the local music scene by being a finalist in the Faith FM's Shining Star competition in 2009 at the age of 14. After the contest, producer Andrew Horrocks (2010 Canadian Gospel Music Association Producer of the Year) was so impressed by her abilities that he encouraged her to pursue singing independently, even though at the time, Mags had been recording in the studio with Brad Dugas (Revelation Sound). In 2010, Maggie won the Wellesley Idol competition using entirely original material, and in 2011, at age 15, recorded (with producer Andrew Horrocks) her first album, “Dreaming of Christmas”, with some of Canada’s premier jazz musicians. Shortly after the album’s release, it was nominated for Best Seasonal Album at the 2011 Canadian Gospel Music Association (CGMA) Awards. Currently, Mags has just released her second album, “Missmatched”.

There is a quality to Mags' voice that touches a deep place in my soul. In her song "Never" (watch this one too!), she shows a depth and emotional rawness that really speaks to my heart. Written for a friend lost too soon, the song is a tribute to anyone who has had to say goodbye to a loved one.

I'm now a major Mags fan, and I want you to be one too. Because we need role models like Mags for our girls... young women who let their God given talent shine without letting the "yuck factor" overshadow their gifts.