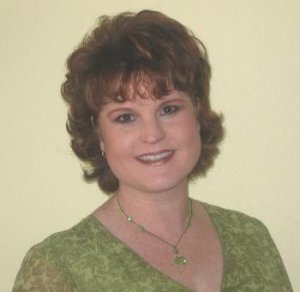 Elizabeth Schmeidler is a Catholic writer, singer, songwriter, and speaker who is deeply involved in her faith. She believes in using her gifts for God. Through her books God's message comes out in the characters' redemptive love. Three of her novels are Forget Me Not, A Child Will Lead Them, and The Good Sinner. They are all fiction novels with Christianity at the heart of the characters. God is truly present in these works and He makes His way into the characters lives as well.

Forget Me Not is a Christian Romance novel set during the 1800's in England. The heroine is a young women named Ambria Therese Burke whose mother has been missing for 17 years. Her father has been lost without his wife and has kept his daughter sheltered so she will not be stolen from him too. Slowly Ambria's father releases her into the arms of her love just as she is beginning to uncover the mystery of her mother's disappearance. She soon discovers that those closest to her are not as they seem and the world is a lot scarier than she imagined.

A Child Will Lead Them is also a Christian Romance novel that takes place during the 1900's in Maine. Garret Paul Westfield finds a child searching for her mother. He discovers the mother and daughter are alone and takes them under his wing by helping them from a distance. Soon he realizes they have changed his heart and mind forever. He finally opens himself to the possibility of a future family and becomes more self-giving. Through the faith of the child, Cammy, his heart grows to love as God does.

The Good Sinner brings to the surface the horrors of abortion when an abortionist is murdered. Ellie Hall is a secretary for the defense attorney, Royce Morgan. She is new to the state and job, but not the pro-life cause. At the core of her being she believes in the right to life. She turns his world upside down and leads him to stand on his own through his discovery of faith in God.

In all three books, there was a captive that had to be saved. This act demonstrates how God is waiting to rescue us from our own mistakes and sinfulness. He is the ultimate Lover and Schmeidler shows her faith in His promise through her writing. I enjoyed reading all three of these books. The first two touched my heart through the chivalrous romances that flourished. The third book was a page turner will thrilling events and a pro-life message. I would recommend these books for their Christian values and true-hearted characters.

Order Elizabeth Schmeidler's books and support CatholicMom.com with your purchase