Does Oversharing Online Scar Our Kids?

CNN has an interesting feature online about whether or not we — as parents — are “oversharing” our children’s lives on social media. Read the entire article, but my favorite portion of the feature was this video interview with Blake Wilson, a.k.a. “Bat Dad”:

When I first watched this, I had just returned from a long weekend with my adorable niece. It took an overabundance of self-control not to share any of the adorable iPhone pics I captured of that little cutie. But I recognized early on as Auntie that it’s not my place to share those photos outside of my home. 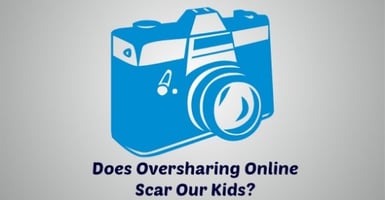 By the time I started blogging, my boys were a bit older. I won’t say I’ve never written about them — that would obviously be a lie. But I can tell you that I’ve been increasingly cognizant of their need for privacy for several years now. This means that I ask them before I share and that anything that might embarrass them in any way doesn’t hit the grid.

Can I say I’d make that decision over again had my boys been born fifteen years later than they were? I’m honestly not sure. In many ways, we learn from and are inspired by some of the moms and dads who choose to go public with fun family moments. Will Bat Dad’s kids be scarred by his silliness? I think not.

How do you feel about posting family photos online?