What Homeschoolers Need to Know about Common Core 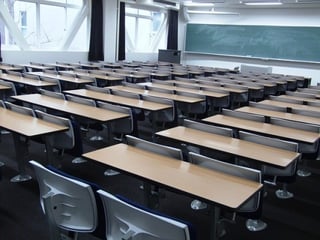 As I traveled across the county this past summer, visiting Catholic homeschool conferences, the hot topic was the Common Core State Standards (CCSS). Parents have a lot of concerns about the standards, and rightfully so. They also had a lot of questions, as CCSS is much more complicated than it appears on the surface.

To clear up some of the confusion, and to help homeschooling parents see the impact CCSS will have on their families, I have collected questions asked of me and answered them here.

I keep hearing about Common Core and quite frankly it’s confusing. Can you just give me the basic facts, and keep it simple?

Although the name suggests “state standards”, Common Core is a national curriculum standard, already adopted in 45 states (as of October 2013). Currently, it sets educational standards, what students should learn, for math and language arts. These standards have been set for kindergarten through twelfth grade. Standards for other school subjects are planned for the future.

Common Core also requires states to collect student data, including demographics, from preschool through the workforce.

Who is behind the push for Common Core?

The initiative is officially sponsored by the National Governors Association (NGA) and the Council of Chief State School Officers (CCSSO). The U.S. Department of Education began the process through Race to the Top federal grants to schools. Private corporations and foundations, such as Pearson Education and the Bill and Melinda Gates Foundation (Microsoft), have provided some funding.

Has Common Core already been implemented?

Implementing the standards has been gradual. Though 45 states have adopted the standards, only 21 have completed their plans for implementation. Some private schools are also working toward implementation of CCSS, including hundreds of Catholic schools.

Some states, such as Indiana, have cut off funding for Common Core. Through grassroots efforts, other states are taking a second look at the effort, with possibility of dropping the standards.

In New York and Kentucky, where CCSS has been implemented, students’ scores dropped approximately thirty percent the first year, giving concern to many parents about its implementation in their schools.

I don’t see what’s wrong with national standards. Isn’t it a good thing to work together as a nation to set high standards, so all children succeed?

Conversely, how can we all agree on the same standards at the national level? For example, one complaint about the Common Core standards for language arts has been de-emphasis on classical literature and its replacement with more nonfiction books. The math standards are also receiving complaints, particularly regarding the de-emphasis on Euclidian geometry. Mathematicians are concerned about the untested, experimental approach to math in the standards. For example, they say CCSS does not require students to adequately understand how to make the conversion between fractions, decimals, and percentages.

Finally, we must take into consideration the multiple learning styles of children. One set of national standards cannot aid all children in academic success.

Do the Common Core State Standards dictate specific materials or textbooks? What about teaching strategies and methods teachers use to help students meet the stated objectives?

No, CCSS does not dictate specific texts. Yes, it does dictate strategies and methods.

CCSS requires students to master a checklist of skills each year. Teachers nationwide will be required to teach from the same set list and at the same set pace. This approach was designed to create children who are “college and career ready”. However, critics say this is a one-size-fits-all approach that does not serve all students.

Common Core's approach is strict and technology-laden. Some teachers have complained that the standards are so rigid that they will no longer be able to teach creatively. For example, one teacher told me, “When the Olympics came to the U.S., I created a unit study for my students built around the Olympics. My students learned a great deal in a very interesting (and, yes, fun) format. Under CCSS, I won’t be able to deviate from the standards and create such unit studies.” This particular teacher made the decision to retire early rather than conform to the standards.

I’m a homeschooler, so this isn’t going to affect me. Right?

Common Core does not affect homeschoolers directly at this time, though that can change in the future. If we do not want this to happen as a community, then we need to be careful to protect our rights as primary educators of our children.

The Common Core State Standards do affect us indirectly.  First, textbook companies, including some popular with homeschoolers, are working to align their products with the CCSS.

Second, homeschooled students could possibly find themselves pressured into adopting CCSS so that they are familiar with the material presented on college entrance exams, as the College Board has announced that the SAT and ACT tests will be aligned with CCSS. Also, the GED, a high school equivalency test, has been redesigned to meet the new standards.

Remember too, your tax dollars pay for public education. CCSS does not come cheaply. If it is not effective or, worse, detrimental, do you want your hard-earned money spent for its implementation?

Even if the CCSS did not affect homeschoolers negatively, it is important to be reminded that homeschoolers do not live in a bubble. Most of our neighbors, coworkers, business associates, extended family, and so on, are public educated. Therefore, as homeschoolers we have a vested interest in public education.

Homeschoolers have a history of scoring well on standardized tests. Is there really any reason to be concerned that this will change under Common Core?

However, though we may expect more from our children than the CCSS, they will not be trained in test taking in the same way. While this may provide a handicap it probably is not insurmountable.

Of course, there is always the possibility that public universities will make a CCSS education a requirement for admission in the future. Such a move would strongly pressure private and home schools into complying with CCSS.

As a homeschooler, I can pick and choose my own curriculum. I don’t see how Common Core will affect my choices.

It will not affect the choices of all homeschoolers, particularly those who rely solely on living books and primary documents, or those who lean toward more unconventional methods of home education.

If you rely heavily on textbooks, your choices will be limited. Companies such as Saxon and Math-U-See also market to public schools and therefore they are rewriting their textbooks to comply with CCSS. If you do not want to use CCSS-aligned textbooks, you will need to stick to older editions, or use textbooks created and published by homeschool companies such as Catholic Heritage Curricula or Seton Home Study School.

Part of Common Core is the collection and tracking of student data on a national basis. Will homeschooled children also be tracked?

Homeschoolers as a whole are not being tracked at this time. However, there is a strong push for nationalized databases of students and their specific data, from cradle to career.

Data is being collected on some homeschooled students through state-required testing. Currently, not all states require standardized testing on homeschooled children.

Recently, nine states announced that they were joining a consortium of states in giving overall student information to a private company. Unless privacy advocates put a stop to it, there is reason to believe that more states will follow suit.

Homeschooling is currently legal in all 50 states. Common Core isn’t going to change that, is it?

No. At this time there is not a push to criminalize homeschooling through CCSS. However, as shown throughout this article, it is one way the federal government could indirectly dictate how and what we teach.

How do I know if my favorite curriculum provider, or home study school, is planning to make changes to align with Common Core?

You should check their website or contact them personally to ask. You can also check www.theeducationalfreedomcoalition.org, which is keeping a running list of curriculum providers and their CCSS status.

The Constitution of the United States does not grant the federal government authority over education. The 10th Amendment establishes the principle that the power to oversee education belongs to the states alone. The longstanding principle of local control of education is seen throughout U.S. laws and government codes. Therefore, the constitutionality of Common Core is being questioned.

I think Common Core is nothing more than Microsoft and other big corporations looking to make a buck. Am I onto something or am I completely off base?

All Common Core state tests must be taken on a computer by 2018. Computers for every school child, K through 12, is a lot of computers. So, yes, Microsoft and other technology-based companies stand to make a lot of money.

New textbooks mean an influx of new money for companies like Pearson. Typically, there isn’t a lot of money to be made using tried-and-true methods or using decades-old textbooks. CCSS, by implementing new standards, forces schools across the nation to purchase all new textbooks.

Also, curriculum companies would no longer have to cater to differing state standards. They could mass produce a single new textbook and market it to every public school in the nation, including the charter and private schools that opt into the system.

Even LEGO, the toy company, is jumping on the CCSS bandwagon by creating a Common Core Curriculum Pack using their products.

What can I do about fighting Common Core? I’m just one person.

Search the Internet. Educate yourself. Read the actual standards yourself. Write or call your state legislators. Encourage your friends to do the same.

Also, contact your U.S. senator and congressman. Ask them to defund President Obama’s Race to the Top program. This is a federal grant program, established by the 2009 stimulus bill, which gives federal money to states adopting CCSS and contributing to the national database.

You, though one person, can make a big difference. Read here about two SAHMs who stopped Common Core in Indiana: Two Moms vs. Common Core.

Where can I learn more about CCSS?

If you believe educational decisions should be made by local communities, by those closest to students, and not by national education bureaucrats, please don’t stop with this article. Educate yourself; then make yourself heard.