Arriving in Heaven with a Full Suitcase 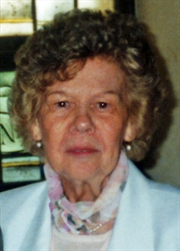 St Francis of Assisi said the only things we can bring to Heaven are those we have given away.  Today the world lost a lady who arrived at the Throne of God with a suitcase full to bursting. Mary Feeney was a woman who lived her life for others. I learned a great deal of what I know about self-sacrifice and cheerful giving from the lady who lived two houses down from my family’s home.

It was 1967 and my parents bought a Cape Cod home in a small town on the Long Island Sound. Mary Feeney lived around the corner from us in a three bedroom, red brick ranch built for her by her father, a builder by trade and proud Irish-American. He and Mary’s mother Bridie lived in another home he built just behind Mary’s.

On warm summer nights we caught fireflies in the grassy yard between their homes. Mary and her husband Marty had a life full of social engagements; her closet bulged with gold lame cocktail dresses and elegant high heeled pumps. He was politically active and the couple attended an endless round of glittering parties.

They adopted John and Mary soon found herself pregnant with Kathleen. The social whirl ended for Mary with two babies at home, but not for Marty, whose extra-curricular activities caused Mary much pain. Soon the couple divorced, Bill leaving his family for the first of two other wives. Mary was to live on a meager child support payment and raise their children alone.

The Papal Marriage Blessing came down from the wall, and Mary never mentioned the wedding again. She barely mentioned Marty, except when the children would go to his new wife’s fancy new home in the next town. But Mary’s tone was never bitter and she forgot to pity herself, keeping busy with her children, the neighbors and her job in the evenings.

She struggled to make ends meet, even selling the lot between her home and her mother’s, but there was never a complaint from Mary.  She had a simple lifestyle, driving her father’s old Rambler, with the same furniture year after year in order to give her children what they needed. Her children continued a positive relationship with their father and Mary never interfered, never caused them to resent him for their broken family or their lower standard of living.

As a teenager I babysat her children. It was my favorite house to babysit. Mary’s kitchen was cozy and old fashioned, green tiles and countertop with a vintage gas range and a 1950’s Kelvinator refrigerator. The knotty pine cabinets were stocked with goodies for us, homemade chocolate chip cookies and ripe peaches. I look forward to spending time with Mary when she returned from work, and was always interested in my projects at school, which we discussed over a cup of tea.

There was never a question of remarriage for Mary. She would always say that no man would treat her children as well as she wanted, so it was better not to get involved. Even though being a single mother was not yet in style, Mary never complained. She continued to be the third wheel in social events, and my parents made sure to include her in everything we did. She became an indispensable member of our family.

Mary’s house was the kids’ hangout of the neighborhood. Not only did she have great snacks, but she never complained, when, after a group of teens came in after sledding, and her son put his not-so-fragrant feet to warm on the door of the open oven.

Mary always had a smile and a good word for the kids, as she passed out the hot cocoa, saying to my brother, John’s best friend, “How’s my Bill doing?” When my brother was having difficulty learning to rollerskate, Mary helped him practice on the hardwood floors of her home. When, after forty years; Mary got the money to update her kitchen, a Kitchen Madonna smiled down on us from the shiny new window but the welcoming smile on Mary had never changed.

We would always look for excuses to stop by Mary’s house, particularly as her children left for college and married, and her home grew quiet. My three daughters knew that, when we visited Grandpa, we stopped by Mary’s house for tea and cookies and to look at her collection of porcelain figures on the shelves by the fireplace. Mary was as much part of their lives as she had been of mine, always encouraging, and enjoying their tales of their accomplishments.

For twenty years Mary accompanied my parents out to dinner at the local restaurant downtown before they want to Adoration, and she enjoyed attending the Rosary group at their home. Mary participated in the Bereavement Ministry at her parish, and loved to go to the movies with her lady friends.  She delighted in the frequent visits of her children and her three grandsons; her home remained the heart of the community.

A tremor in her hands made everyday life difficult for Mary in her later years, but the smile never left her face as she continued to be fiercely independent, insisting on living alone in the home. My mother and her daughter Kathy offered to help her, but she accepted very little assistance, keeping her independence till the end found her living in her own home.

After a lifetime of giving without asking for anything and living independently, it was impossible for Mary to accept help. She existed to lift up those she loved, making them feel uniquely appreciated, reflecting the love of Our Lord. Surely He must have greeted her yesterday with, “You honored the name of my Mother with your great love, welcome home!”