The World's Worst and Best Ideas 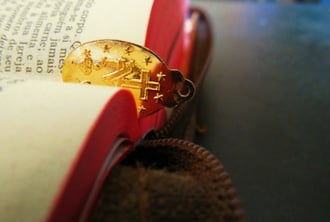 As a writer, thoughts quickly turn into articles in my head. A recent at-rest thought was:  What are the worst ideas in the world?

High heels were my first thought. Heels prove that vanity lacks wisdom. Feet are for walking; high heels are anti-walking so regardless of what’s in your shoe closet, let’s at least agree they are a bad idea.

Being a Catholic writer, my thoughts quickly led to the spiritual realm where bad ideas have bigger consequences than mere bunions. So, here is my list of the worst ideas followed by a refresher: the best ideas.

The citizens of many of the world’s developed countries belong on the endangered species list.  Never before in the history of the world have so many countries lost so many people without disease or war to blame. In Europe, New Zealand, Australia, Canada, Japan and Russia, the only thing we are running out of is people.   We are witnessing the self-extermination of entire nations.

According to the United Nations Population Division discussing the 2007 population changes in Eastern and Central Europe: “The expected global upheaval is without parallel in human history.”

If crowded cities have clouded your perspective, get out of dodge and notice that most of the land is empty.  I grew up in the Seventies when people were warned that soon, we would run out of food. Forty years later, we have more food than ever.  It’s always going to be something so just think about this:  If God made a world we could outgrow, that would mean he messed up:  “Be fruitful and multiply and fill the earth and subdue it and have dominion ... (Gen 1:28). Get it?

It’s challenging to follow Catholic teaching. Getting to heaven is challenging too, so let’s give this our best shot. Marital love is expressed both physically and spiritually and removing the life giving force of this gift by tampering with our bodies to disrupt healthy functioning means:  1) lifeless sex 2) committing mortal sin.  Pope Paul VI’s  Encyclical Letter Humanae Vitae lays it all out so have a look if you have not read it yet.

He was prophetic predicting that widespread use of contraception would lead to "conjugal infidelity and the general lowering of morality." I think we can all agree, that is the case since the birth control Pill became available in 1960. Pope Paul VI also predicted that the widespread acceptance of contraception would place a "dangerous weapon... in the hands of those public authorities that take no heed of moral exigencies." China, sadly, proves his point.

The Church allows for married couples to use natural methods in union with God for planning families, so don’t whine or reach for contraception, educate yourself and make your marriage a union of three working together:  you, your spouse and God.

A mother ending the life of her unborn baby can’t be good for her or society.  Half of all abortions result from pregnancies resulting from failed birth control. Another reason why contraception and having sex with someone you don’t want to raise children with is a bad idea.

Government’s got into marriage as a legal institution to give protections and rights to unions, which lead to families.  We should love everyone including homosexuals but the parts don’t fit because it’s against the nature God created. Just because a person wants something doesn’t make it right and sexual urges should not rule the world.  Desires are not the same as rights.

There are so many great ideas, such as prayer and leading a good life. Below is my list things that pull us up out of darkness and lead us to heaven.

The best activity is to attend a Mass in the state of grace, and receive Jesus in the Eucharist. Through time and space, we are present at the original Last Supper (the Church does not re-sacrifice Jesus, it is a re-creation of the original Mass). Jesus commanded, "Do this in remembrance of me.” At Mass we are present as the Church offers perfect praise to the heavenly Father, and offers us union with God the Son through the power of the Holy Spirit. Shopping or going to the movies can’t even compare.

Going to Our Blessed Mother

God went to the Blessed Mother when he wanted to send his only Son to save us. The first recorded miracle by Jesus was performed at Cana because Mary interceded at a wedding when the wine ran out. The Bible says the prayers of the righteous provide powerful intercession.  So going to Jesus in the company of his Mother is going to the most righteous human in the history of the world—the only one worthy enough to be the mother of Jesus. And that is a great idea.

Try it and you will like it. Jesus is truly present in the Eucharist so coming before him exposed to us in the monstrance puts us directly in his presence. Quiet time of prayer and mediation before Jesus Christ is definitely one of the best things you can do for yourself.

"If I had an army to say the Rosary," Pope Pius IX once said, "I could conquer the world." The Rosary, next to the Mass, is the most powerful weapon in the Church’s arsenal.  Since the holiest saints attest to the power of the rosary, we can be sure the rosary is one of the best things in the world.

“There is no more excellent way of praying." Pope Leo XIII

"The Rosary is a powerful weapon to put the demons to flight and to keep oneself from sin…if you desire peace in your hearts, in your homes, and in your country, assemble each evening to recite the Rosary. Let not even one day pass without saying it, no matter how burdened you may be with many cares and labors." Pope Pius XI

"Among all the devotions approved by the Church, none has been so favored by so many miracles as the Rosary devotion." Pope Pius IX

Reading God’s inspired Word is one of the best things you can do. Without the Bible, much of the world would be completely different today. This book changed history and it can change us too.

There are lots of other good and bad ideas in this world. Feel free to share your own in the comment section of this article. My God bless you with all the best and protect you from the worst.

A World at Prayer is a World at Peace
Read
Rock the World!
Read
War of Worldcraft
Read